Xiaomi has released the latest version of its operating system, MIUI 6. With a design that features iOS 7-like flat icons and gradient rainbow colors, the Android UI won’t help Xiaomi ward off accusations that it copies hardware and software designs from Apple and other competitors.

MIUI 6’s design resemblance to iOS 7 goes beyond its icons. Pre-loaded utility apps, including its calendar, compass, and calculator, all look very similar to Apple’s. 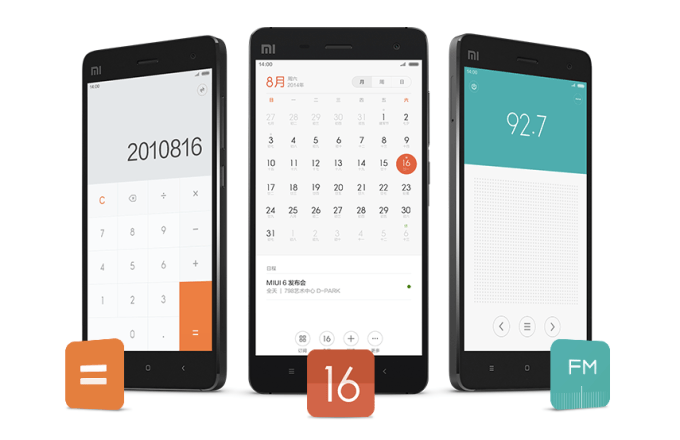 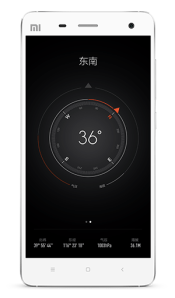 TechCrunch has contacted Xiaomi for more information and comment. Hugo Barra, the former Google VP for Android who is now Xiaomi Global’s VP, has said before that while Xiaomi views Apple as an inspiration, it does not directly copy ideas from the company.
Despite MIUI 6’s resemblance to iOS 7, it’s important to note that the new MIUI still retains many of the same elements (including the calendar) it had before iOS received its makeover, as tech journalist Arnoud Wokke pointed out:

One of Xiaomi’s key selling points for MIUI 6 is that it offers better security than its previous operating systems. Its site promises that MIUI 6 users don’t have to install additional security tools, because its built-in Permission feature prevents unauthorized apps from accessing your smartphone’s data without permission, while its Virus Scan will get rid of viruses before apps are installed.

Clean Master by Cheetah Mobile, an Android booster that is also supposed to increase speed and scan for viruses, is also pre-installed. Xiaomi’s support for Beijing-based Cheetah Mobile, a Kingsoft subsidiary which spun off and which went public earlier this year in the U.S., is not surprising because Xiaomi founder Lei Jun sits on Cheetah Mobile’s board as its chairman.

Xiaomi’s originality (or lack of) hasn’t hurt its sales. Last month, the company reported that it had sold 26.11 million handsets in the first half of 2014, an increase of 271 percent from a year earlier and more than its total phone sales of 18.7 million in all of 2013. Xiaomi has previously said that it wants to sell 60 million handsets in 2014–compared to the 7.19 million it sold in 2012. Xiaomi recently surpassed Samsung to become the top smartphone vendor in China, according to a report by Canalys released earlier this month.