The GOP is cool, guys, and they want you to know it.

Out today from the Republican party is a petition in support of Uber. The petition is predictably partisan, blaming “liberal government bureaucrats” alongside “taxi unions” for “setting up roadblocks” and “issuing strangling regulations” to the detriment of Uber. Cities, according to the GOP, “need Uber.”

Why is the GOP pushing for Uber now? Aside from the petition being a pretty simple attempt to collect email addresses and dollars (after you sign, you are presented with a large donation page for the GOP) there is legislation on the desk of Illinois governor Pat Quinn that would restrict ride-sharing services like Uber in the area.

So the call to support Uber by the GOP, cynical and self-serving as it undoubtedly is, does fit into the narrative of a Democratic governor faced with a regulatory decision of real import. All the same, Uber likely doesn’t mind the push. TechCrunch has learned that the transportation company was not aware of the stunt before it was launched.

I reached out to Uber asking if it was aware of the petition. The company hasn’t gotten back to me. Update: Uber responded to TechCrunch with a short comment saying that “everyone loves Uber.” 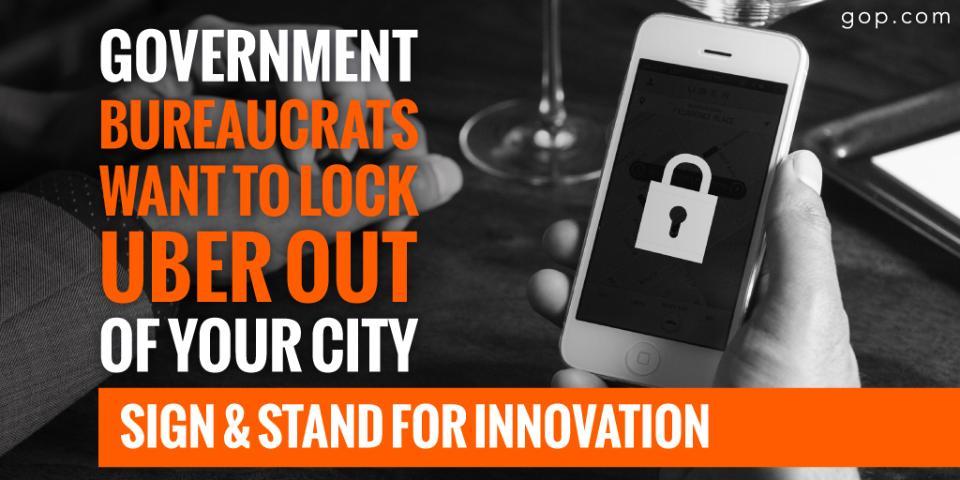 There is something ironic in the GOP pressing forward in support of Uber, given that I was previously unaware that use of ride-sharing applications was in fact a partisan litmus test. I think it’s better to view the GOP’s decision to support Uber as a form of outreach.

I’ve pinged a few technology-savvy Democrats to see if they want to go on the record in favor of Uber, as well. Consider politics a new front in the transportation wars.