What would it take to get people actually buying smartwatches in droves? Could FASHION be the answer? A new odd trio aims to find out, with HP teaming up with fashion flash sales site Gilt and designer Michael Bastian (via Fashionista) to create a smartwatch that looks smart, too, if you’ll permit me to use some slightly archaic language for the sake of a pun.

The tech behind the new HP/Michael Bastian smart wrist computer isn’t Android Wear, but rather something custom-built for this project that syncs with a companion app on either iOS or Android and pushes email and text notices from the user’s smartphone to their watch. It’ll also offer music control, as well as weather, sports and stock price updates. 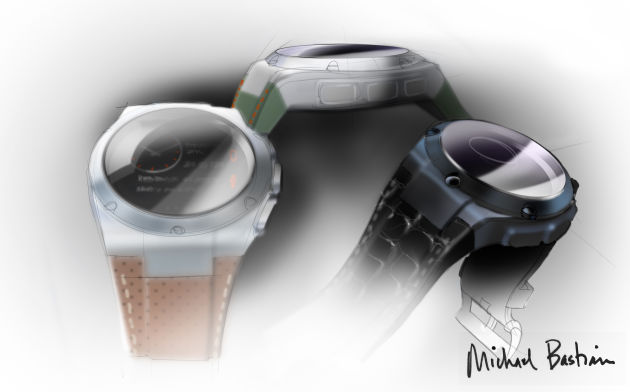 Overall, it sounds like a slightly dumbed down Pebble, or perhaps a more intelligent Martian Notifier, but with a heavy emphasis on the good looks of a more traditional (and timeless) timepiece. It isn’t yet clear what kind of screen this thing will have, but it will sport a 44mm circular watchface with straps available in brown leather, a green nylon and black rubber for a range of different customization options.

Cross-platform compatibility gives HP‘s effort a leg-up on Android Wear alternatives, but overall it sounds like this will be mostly retread of what we’ve already seen in terms of smartwatch capabilities and feature set, repackaged in a case that isn’t embarrassing to have seen on your wrist. Will that be enough to get it past the early adopter hump in terms of finding an audience? We’ll have to wait until this fall when it ships to find out.