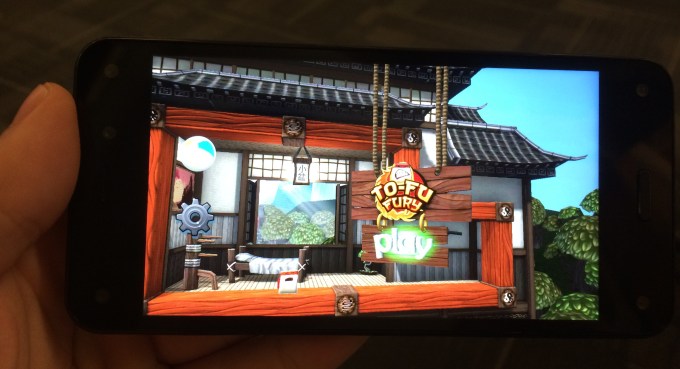 Amazon’s Fire Phone is out today, and while it’s got some interesting features that set it apart from your run-of-the-mill Android phone, it doesn’t seem like it will appeal to those who aren’t voracious online shoppers.

While some may be swayed by solid hardware or gimmicky features, the ecosystem of apps and content plays a big part in deciding which gadget to buy for most people. The Fire Phone doesn’t have the number of apps available on iOS or Google’s version of Android — it’s running what’s known as a “fork,” with its own interface, services, and app store — Amazon does have a huge library of content, much of it available for free for those who subscribe to Amazon Prime. Oh yeah, and the phone comes with a year of Prime for free.

While free access to movies, TV, music, and books (through the Kindle Lending Library) is great for those who just want to consume a bunch of content on the go, games are the dominant media on smartphones today: a Nielsen study released in February showed that smartphone users in the U.S., U.K., and Japan spent more time playing games on their phones than engaging in other forms of entertainment or shopping. Considering those are the two major use cases for Amazon’s Fire Phone (and its Kindle Fire line of tablets), it’s not surprising to see Amazon bolstering its games offerings in order to appeal to a broader market.

As TechCrunch confirmed back in February, Amazon purchased game development studio Double Helix earlier this year for both its talent and intellectual property. At the time, Double Helix had 75 employees, most of which were holdovers from the merger of two studios with long histories in gaming, Shiny Entertainment and The Collective. Since then, reports have noted that Amazon Game Studios has been hiring major names in the industry, bringing in the talent behind blockbuster titles like Portal, Far Cry 2, the Bioshock series, and others from Microsoft, EA, Activision, Zynga, SCEA, Ubisoft, Nintendo, Blizzard, Naughty Dog, Konami, Square Enix, Capcom, Bungie, Sega, Popcap Games, Apple and more.

When you see all those big names, it’s hard to not jump to the assumption that Amazon Game Studios is pulling a Netflix — making big deals to create the video game equivalents of “House of Cards” and “Orange Is The New Black.” But so far, the closest thing to a blockbuster-style game to come from the retail giant is Sev Zero, a third-person shooter that looks an awful lot like Mass Effect and is only available on Amazon’s Fire TV set-top box.

With the release of the Fire Phone, Amazon Game Studios has released a few more titles that it’s had up its sleeves. At the Fire Phone’s introduction in June, Amazon CEO showed off the Dynamic Perspective feature with To-Fu Fury, a cutesy platformer that lets you look around the game world by peering around the screen, like looking into a diorama. Amazon didn’t make the game itself, rather, it acted as a publisher — the work was done by HotGen, an independent game studio that has built mobile games for brands like Disney, Nickelodeon, and Warner Brothers, among others.

This week Amazon also published Saber’s Edge, a puzzle-RPG developed by Hibernum Creations, another indie studio who has also built games for big brands. While Sev Zero and To-Fu Fury cost money up front, Amazon decided to try out the free with in-app purchases business model for Saber’s Edge, which suggests that the company is experimenting as it ramps up its efforts in gaming.

When I reached out to Amazon to see if they wanted to talk about the games they’re working on or how often gamers should expect to see Amazon Game Studios titles, the response I got from a spokesperson was both classic Amazon and reminiscent of what normally comes from the studios mentioned above: “We have a number of games in the pipeline which will be released when they are ready.” Amazon isn’t just cranking out endless clones of popular mobile games.

It’s also not relying on its own developers or those it can contract work out to. Amazon has also lined up a few exclusives from third-party developers, who’ve not only brought their games to Amazon’s app store but (in almost all cases) also taken advantage of features like Dynamic Perspective. Amazing, for instance, is a cute-yet-dark game that involves making your way through a series of mazes; here, the ability to actually “peek” around corners is pretty cool. Rounding out the exclusives are Hot Wheels Track Builder and Paper Trail, games that have been available for Kindle Fire tablets since April and July, respectively.

I asked Amazon whether the titles it’s been developing, publishing, and lining up exclusivity deals for are meant to serve as flagships, showing what the Fire devices are capable of in order to draw in more third-party developers, or meant to be successful in their own right. Here’s what a spokesperson told me:

We are creating great titles. We have a number of them – three currently available for customers and more in the works in different genres and gameplay, and we think we are adding a lot of value to the choices customers have.  Customers should expect to see some really great games out of Amazon Game Studios.  We’re making creative, fun games that are built from the ground up for the Fire Phone, Kindle Fire tablets and Fire TV. Our games aim to engage and delight a broad range of audiences – from core gamers to kids – and will launch exclusively on Amazon devices.  We are also strongly focused on providing a solid set of services for game developers, which work cross platform. These services allow developers to build, monetize, and optimize their games.

“Adding a lot of value to the choices customers have” is pretty strong PR-speak, but in the context of the whole quote it sounds like Amazon sees its games as potential selling points for Fire devices. That’s the only interpretation of Amazon’s actions and words that makes sense — if it’s making really great games with broad appeal, you’d think it would put them on as many platforms as possible, right? — but it’s choosing to keep them on its own gadgets, which would indicate that it thinks these games might win over some gamers.

It’s a shame that Amazon is so tight-lipped about its efforts so much of the time, as I’d love to hear how that works out for them. It’s hard to imagine that a handful of games could sway too many people. Microsoft, which has huge mindshare among gamers, hasn’t been able to use that success to bring gamers over to Windows Phone en masse despite Xbox Live integration and the release of several games for its core audiences, including a title in the blockbuster Halo franchise last year.