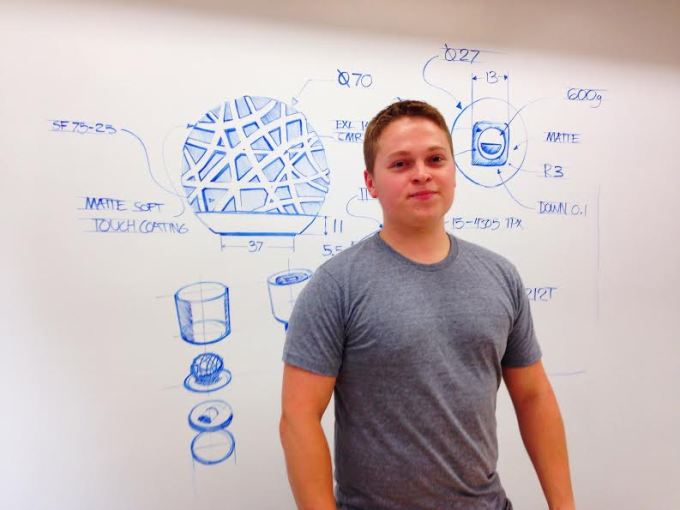 James Proud, a former Thiel fellow, who co-founded the company behind The Sense at his Potrero Hill headquarters.

When I first took a look at Sense, a smart sleep sensor launching today on Kickstarter, it reminded me of two things. Beijing’s Bird’s Nest stadium and Google’s old, discontinued Nexus Q product.

“Those are two of my favorite things,” said James Proud, a former Thiel fellow who went on to found a startup behind the device called Hello. “I wanted to create something that didn’t feel like a piece of electronics that you don’t want, like an Apple TV sitting beside your bed. It had to be something that you’d be happy with having there even if it wasn’t doing anything.”

So Sense is like the spherical Nexus Q enmeshed in a geometric pattern like what Swiss architecture firm Herzog & de Meuron designed for 2008 Beijing Olympics. 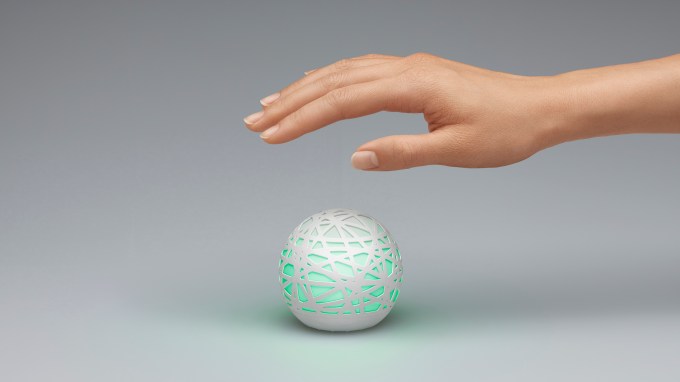 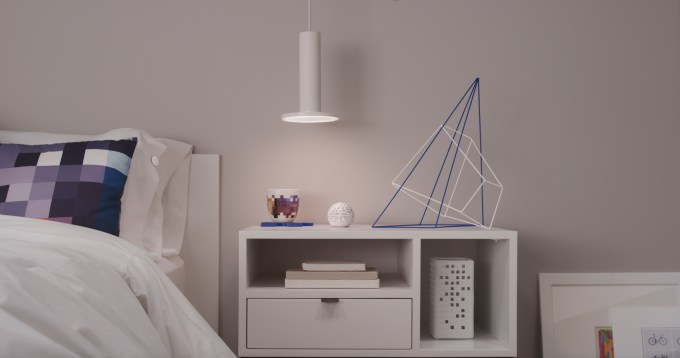 Sense is a sleep tracking device that measures temperature, humidity and ambient light. It goes for $99 with the campaign starting today, but pre-orders will start at $129. Proud’s company Hello is aiming for a $100,000 goal. He hasn’t disclosed external venture funding, but you could assume there’s probably some significant round given that they’ve been working secretly on the product for about a year. Update: Connie Loizos over at Strictly VC found this $10.5 million SEC filing. Investors are undisclosed.

Proud pointed out that people spend one-third of their lives sleeping.

“No one’s even looking at the most important room in your life,” he said.

In addition to tracking temperature and light, his device has a particulate sensor that can detect small particles like pollen that can disrupt sleep for people with allergies. A “smart alarm” can wake a person up at the right time in their sleep cycle, like early forerunners in the space from several years ago like the Zeo.

The whole package contains three components. There’s the beautiful spherical sensor, and then a small clip-on called the “Sleep Pill,” that attaches to a person’s pillow and contains a six-axis accelerometer and gyroscope to track tossing and turning. It communicates with the sphere through Bluetooth Low Energy and ANT. There is no pairing or syncing necessary like there is with other wearables like the Misfit Shine, another great product that tracks physical activity on top of sleep. 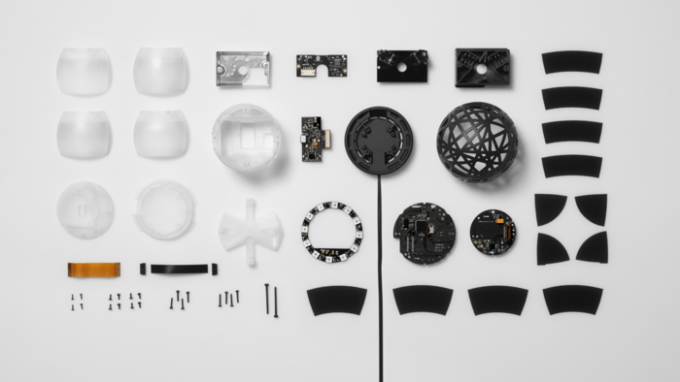 The last component is a mobile app, of course. It awards a sleep score out of 100 based on the sensor data tracking night time disturbances and ambient light. Sense will give a breakdown of your score and help you start to notice patterns that might be interfering with your sleep. 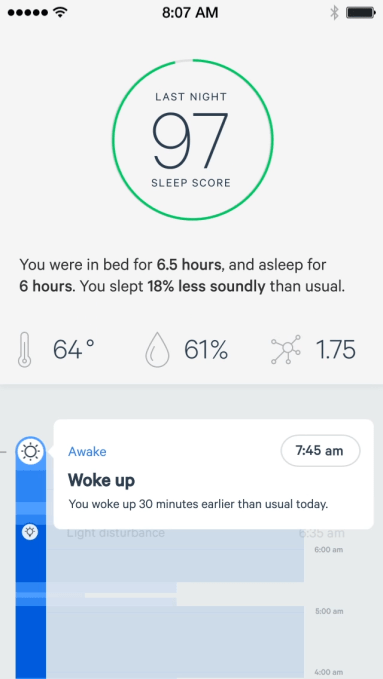 Other magical Arthur C. Clarke moments include a proximity sensor that lets you wave your hand over Sense to stop your alarm. You can also wave your hand above the device to light up a ring of LEDs at the base to get feedback on your environment. (Check out the video below.)

Sense enters a fast-emerging space of smart hardware companies like pioneer Nest, which was acquired by Google for $3.2 billion. There are scores of smaller companies like the Vessyl and Spire, along with wearables companies like Misfit and FitBit.

Proud said that the company is almost entirely focused on Sense, but they haven’t ruled out working on other devices in the future. The team he recruited comes out of companies like Garmin and Foxconn.

“Doing either hardware and software on their own is pretty complex,” he said. “But to do them together is pretty insane.”