While there are a number of family locator services to choose from today, ranging from those offered by the mobile operators to venture-backed startups, a nearly two-year old mobile application called Mamabear was created with a goal of doing more than simple location tracking – it’s a full-featured “parenting app” which allows parents – yes, mainly moms, by nature of the job – to also monitor their children’s interactions across social media, including Facebook, Instagram and Twitter.

Now the company has an additional $1.4 million in angel funding to help them fund growth and further development, as Mamabear begins to switch on its revenue-generation efforts.

Today’s parents have it tough.

In addition to having a better understanding of the world’s horrors, thanks to technology advances like the internet and the rapid spread of information it allows for, we’re simultaneously placing devices into the hands of our children that could potentially connect them to those horrors first-hand.

It’s no longer useful to just train kids to “not talk to strangers” – we have to now navigate the far more nuanced rules and best practices among a number of social media services and related apps, where sometimes the most immediate threats aren’t the lurking men in the shadows, but the child’s own school-aged friends, who often get involved in a modern-day “beating up” known as cyberbullying. 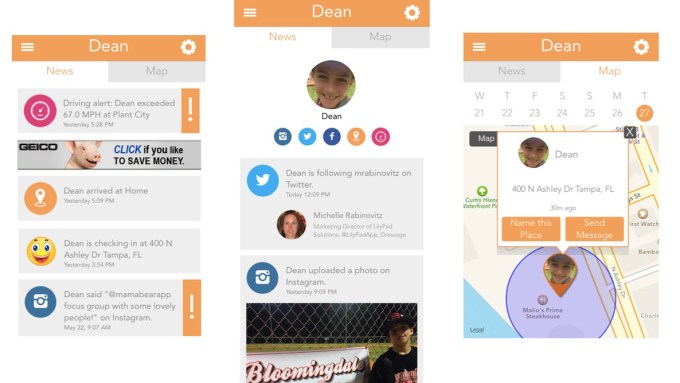 This is where Mamabear comes in. The app, co-founded and run by Robyn Spoto, was created by a team of parents. Like Spoto, co-founders (and angel investors) Tom Cardy, Steve MacDonald, and Stuart Kime, also have kids of their own, and understand the challenges of digital parenting first-hand.

After initially developing a location-based loyalty platform, the team kept hearing from customers and others about a different set of concerns on mobile – the time they were spending monitoring their kids’ social media use.

“We knew there was an opportunity to help many other parents, and build a business model around it,” explains Spoto.

To use the app, both parents and children install it on their iPhone or Android smartphone to get started. Kids see a customized, simpler dashboard (currently undergoing a revamp), which lets them check-in with emoticons, as well as send “come get me” and “emergency” alerts. 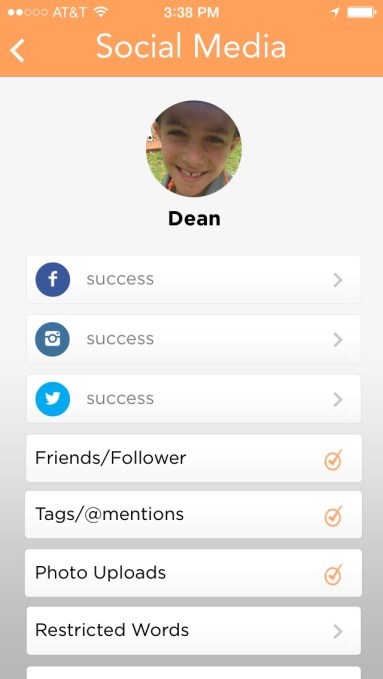 On the parents’ side, the first user – typically the mom, based on the company’s demographic data – configures the roles and accounts for the rest of the household, then begins tracking others’ locations, receive geo-fenced alerts, driving alerts (for when a young driver exceeds a pre-configured speed limit, e.g.), and can monitor the child’s social media.

Because of the time kids spend on social media, says Spoto, monitoring it could be a parent’s full-time job.

So Mamabear filters out the “need to know” items instead and presents them in the app’s news feed. It offers updates on who the child is friending and following, and who’s following them back, too. The app alerts parents to Instagram uploads, and allows them to preview the photos as they go out. It also lets parents configure a blocked word list – another feature that’s soon being updated so it will be pre-populated with word suggestions, as well as continual updates.

Some of these features, like the updating word list, will be offered as premium upgrades. Paying users will also get an ad-free experience, too, says Spoto. For now, the company runs PSAs and other ads as placeholders, but plans to eventually sell ads directly. 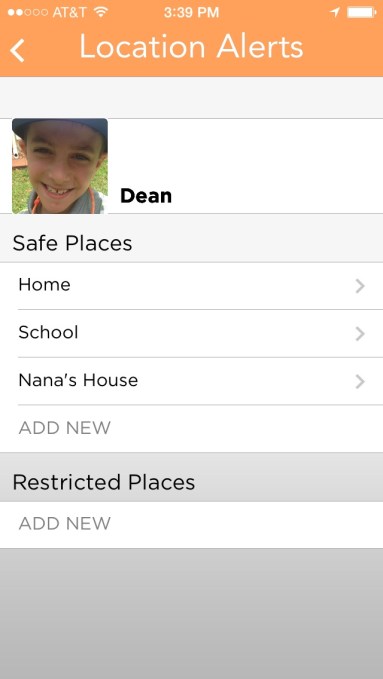 Mamabear, which has seen 120,000 installs to date and has just under 100,000 active parents, is also now focusing on expanding into other less big brother-like features, including private family chatting and integration with other services, like a national sports and activity management platform or educational and learning platforms. The idea is to let parents do more than just monitor – they can communicate, encourage and cheer their kids on as they get ready for soccer games or earn A’s on tests, for example.

Spoto admits getting teens on Mamabear after they’ve had a phone for years could be a challenge. That’s why the company is positioning the app as the first install to accompany a child’s cell phone contract, allowing it to grow up with the child as a part of their mobile experience, quietly setting the boundaries and expectations parents already have in mind.