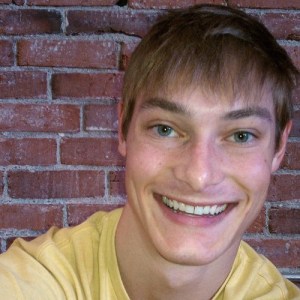 Product Hunt didn’t exist a year ago. Over the past six months, the community-powered news website for tech product launches became a Silicon Valley darling. This is largely thanks to its founder Ryan Hoover, who will be joining us onstage at TechCrunch Disrupt SF 2014.

At first, Product Hunt was just a small experiment. In November 2013, Hoover started an email list with his friends. Every day, recipients would get an email with the best new tech products. As Paul Graham would say, it was something that didn’t scale.

Hoover kept working on Product Hunt on the side. It only became his full-time job a few months ago. The site is now read by some high-profile tech people, including people working for Andreessen Horowitz, Google Ventures, Greylock Partners, SV Angel, Redpoint Ventures, Betaworks, 500 Startups and most of TechCrunch.

Earlier today Product Hunt announced it is in the current Y Combinator batch. But given Product Hunt’s early success, Hoover nearly turned down Y Combinator. Why would you give up 7 percent of your company if you are already doing fine without Y Combinator’s help? In the end, Hoover doesn’t regret his decision at all. “It was too good of an opportunity,” he said.

Why do people keep coming back to Product Hunt? What makes it fascinating? There are three reasons.

First, it’s never been so cheap to create a startup. You only need one or two talented engineers, computers and a bit of time to create a minimum viable product. For example, PikiChat was built in just a week. But it also means that it has become very difficult to grab users’ attention.

This is where Product Hunt is useful. Everyone can submit a product on Product Hunt, and the community comes together and upvotes a product if it’s good. And top products will grab the attention of newsletter subscribers, lurkers and more.

When you compare that to app discovery on the App Store and Play Store, Product Hunt is taking a refreshing approach. Many app developers now pay for installs to climb the top free chart. Product Hunt is free and it levels the playing field.

Second, you can find great conversations on Product Hunt. In many cases, founders of the company are there to answer comments. They do so because it’s a great way to get feedback from people who don’t know you personally. Many startup founders told me that Product Hunt was a great way to find their first 200 or 300 beta users.

Finally, there is a recurring theme when I talk with Hoover. As the Product Hunt community is getting bigger, many products first appear on Product Hunt before getting press coverage. Facebook’s Slingshot was immediately trending on Product Hunt when it appeared in the App Store. Product Hunters were talking about Yo a couple of weeks before the tech press started covering it. There are dozens of examples like these.

Product Hunt is now facing difficult challenges as well. For example, the site is still invite-only. Existing community members can now invite new users to comment on Product Hunt, but it doesn’t solve the bigger issue. Product Hunt as we know it is still a smallish site that is easy to keep up with and moderate. Can it scale to hundreds of thousands or even millions of users? Hoover will be able to answer this question in person at Disrupt SF, which will take place September 8-10 at San Francisco’s Pier 48.