Plug Metromile’s free gizmo into your car and you can stop overpaying for car insurance if you’re amongst the 70% of people who drive under 10,000 miles a year. Today Metromile expands its per-mile car insurance to California following success disrupting traditional insurance in Oregon, Washington, and Illinois. It’s also revamping its free app that can tell you if something is broken in your car, help you avoid street cleaning tickets, find where you parked, and teach you better routes and schedules to minimize commute times and maximize fuel efficiency.

Metromile could make it much more affordable to own a car if you live in a city and don’t drive much. Drivers can take ridesharing services like Uber and Lyft when it’s convenient, and only pay for their insurance when they need their own car for excursions. 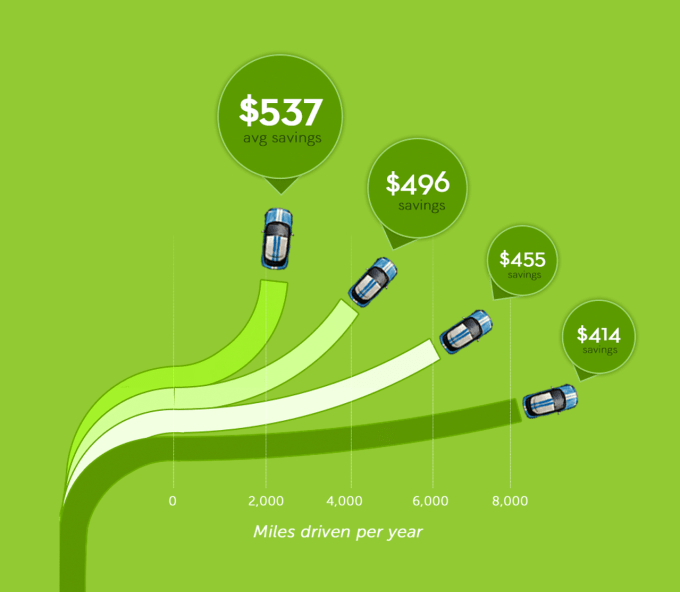 For details on exactly how Metromile works, read my deep dive on its launch in November. Essentially, without knowing who drove how much, car insurance companies have historically had to overcharge most people to subsidize high-mileage drivers.

But thanks to the advances in mobile technology, Metromile invented a cellular GPS telematics device that plugs into your car’s diagnostic port under the dashboard, and reports back how many miles you drive. The startup’s $14 million in funding from First Round Ventures, SV Angel, NEA, and Index Ventures let give away its telematics devices and white-label a major insurance carrier with its per-mile system. 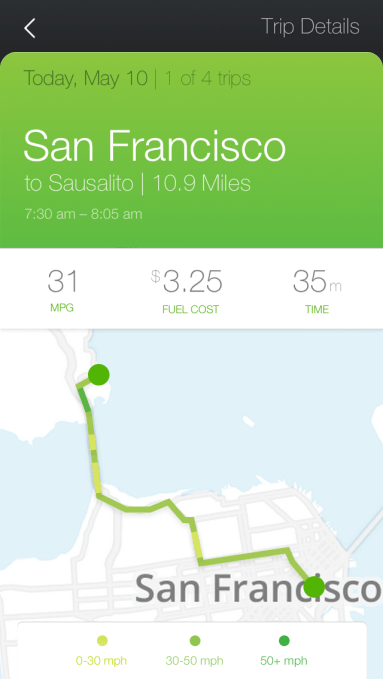 Metromile CEO Dan Preston explains “70% of the rent associated with insurance is [from your car] rolling down the road at high speeds. Very little is associated with it being parked in your garage or on the street.” If you don’t drive much, you’re less likely to get into accidents your insurance company has to pay for, so Metromile can charge you less.

Preston tells me that “If you’re driving under 5,000 miles per year, you will save 40% to 50%” on your car insurance by switching to Metromile.

Meanwhile, those other insurance companies are locked into their antiquated business models. If they offered per-mile insurance, all their cash cow low-mileage drivers would switch to it, and they’d have to charge high-mileage drivers a higher, fairer rate. Basically their whole system would crumble.

That might happen anyways as those lucrative low-mileage drivers slip away to per-mile providers. The company tells me ” under one million people” are already using Metromile’s insurance, though it’s only been available to about 24 million people total.

It can still be a tough sell. Metromile doesn’t have the trusted brand recognition, even though its back-end is handled by a stable, $8 billion insurance company. It’s a big purchase that can scare people away from making a decision. Giving away the devices isn’t cheap, and most people overestimate how much they drive until they plug one of these devices in.

I’ll be switching to Metromile, though. I live in San Francisco and love having my car for adventures or epic journeys outside the city. But in town, I often skateboard or take Ubers and Lyfts. I’m paying way too much for insurance while my car sits in the garage, subsidizing some stranger who drives non-stop. But no more.

Drivers in California, Oregon, Washington, and Illinois can now get a two-minute quote and sign up for Metromile’s per-mile insurance if it will save them money.