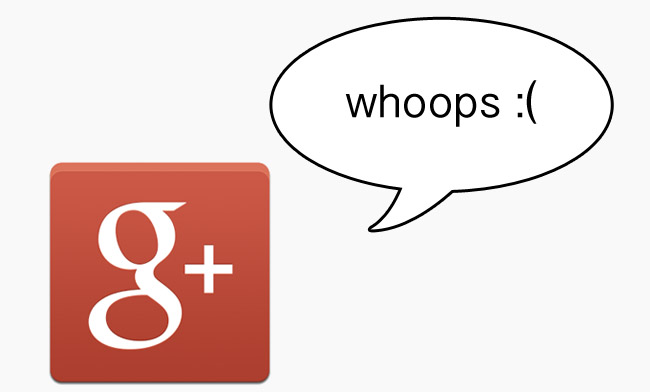 Since Google+ launched, many have complained about the service’s requirement that users use their real names. Complaints grew ever louder once Google started pushing users to use Google+ for YouTube comments.

Don’t like your legal name? Using another name for safety or personal reasons? Just don’t want the Internet at large knowing your name but still want to amaze the world with your YouTube wit? TOO BAD. If using your real name wasn’t an option, Eric Schmidt reportedly suggested finding another social network.

Three years later, Google is giving up on this battle. You can now use just about any name you please. They’ll presumably have some issue if you use something like “Assface Mcgee,” but Google’s official word is that “there are no more restrictions on what name you can use.”

Google first started rolling back on the whole real name thing in January of 2012, opening up the rules to include maiden names and select nicknames. But even then, your original real name was displayed alongside your chosen name – and if you tried to pick something Google didn’t like, they’d roll it right back.

Google announced today’s change via (where else?) their Google+ page, and apologized that it took so long for them to make this decision. To quote’m directly:

We know you’ve been calling for this change for a while. We know that our names policy has been unclear, and this has led to some unnecessarily difficult experiences for some of our users. For this we apologize, and we hope that today’s change is a step toward making Google+ the welcoming and inclusive place that we want it to be.