You can watch the World Cup final game on ESPN or Univision, but Snapchat is transporting all its users to Brazil today through clips of people celebrating in the streets or cheering from the stadium. With this bold test of its new collaborative Our Story feature, people in Rio De Janeiro can submit snaps to Riolive2014 which are curated by Snapchat into a feed anyone around the world can watch.

But unlike the first Our Story for dance music festival EDC last month, Riolive2014 isn’t opt-in and instead automatically appears at the top of every Snapchat user’s story list. This hints at how Snapchat could employ Our Story as a powerful promotional tool that big events might be willing to pay for. 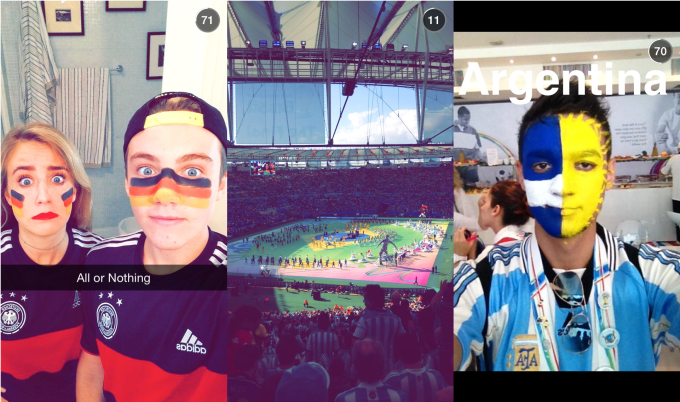 To watch Snapchat’s World Cup Our Story, just open the app, swipe left to view your stories list, then tap and hold on Riolive2014. You’ll see a stream of hundreds of the best photos and videos picked by Snapchat out of the submissions from people in the Rio geo-fence. Some shots include exclusive geo-fenced filters for Rio De Janeiro, similar to the ones Snapchat is experimenting with for neighborhoods in LA and New York.

You’ll see people putting on face paint, repping jerseys of their teams, dancing in the streets, or watching the game from the cheap seats. It’s supposed to feel like being there, and seems to do a good job. 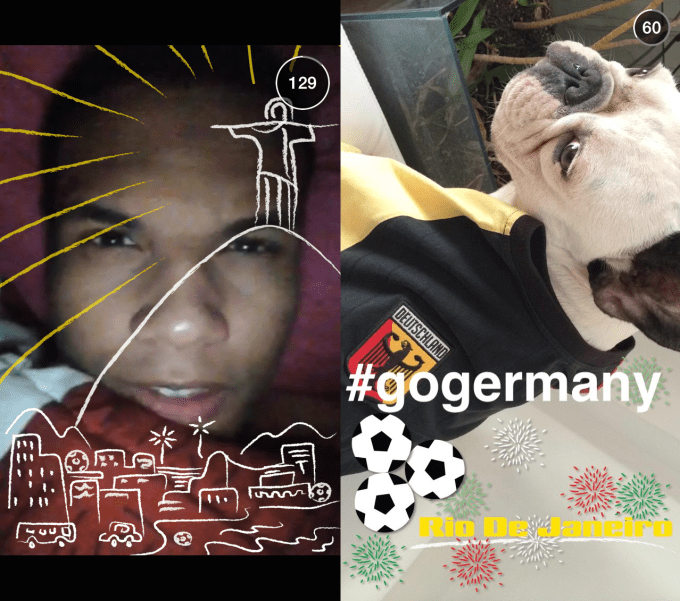 Squeezing Dollars Out Our Stories

I praised the first Our Story at Electric Daisy Carnival as a “genius, collaborative reinvention of the livestream” because I was at the event in person, and watching on Snapchat truly captured the essence of the three-night twerkathon.

The geo-fencing of submissions is what’s really special here. It makes adding content to Our Story exclusive and keeps out the random riff-raff from people less likely to have anything interesting to share.

Now we’ll see if Snapchat can handle curation from a much larger event with much wider appeal. If it can nail the World Cup final with a compelling peek at the madness in Brazil, it will have a huge proof point for Our Story’s potential. It will also have to endure the onslaught of traffic without load times spiraling out of control. That’s largely because Snapchat forcefully injected the World Cup Our Story into people’s feeds whether they want to see it or not, rather than asking them to search for and add the account. That essentially makes this a “Sponsored Story” even if the World Cup didn’t pay Snapchat for the promotion.

As I wrote in June, “Snapchat could charge for inserting an event’s account into people friend lists, giving global visibility and buzz to music festivals, sports matches, and other big gatherings.” Now it’s doing that insertion. It seems like only a matter of time until Snapchat gets paid for it. And I’m fine with that. It’s not forcing me to watch ads like Facebook, Twitter, or Instagram. Snapchat’s just saying “Hey, this big important thing is happening somewhere in the world, here’s what it’s like to be there.” 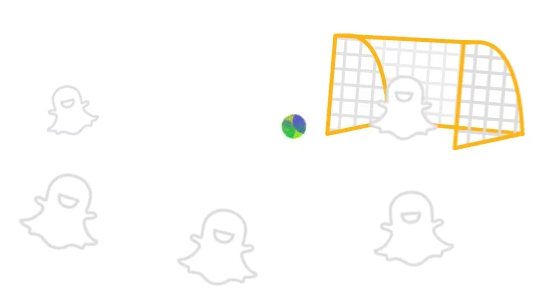