CYNK Technology,  a ‘company’ with a grand total of $39 in assets, has seen its share price rise dramatically, spiking to a valuation of more than $6 billion in a matter of days. The company’s 52-week low valued the firm at less than $18 million.

Haven’t heard of CYNK? You are not alone. Despite having a valuation higher than Groupon’s, CYNK is an unknown. That’s because when it comes to being a real business, it isn’t. The ‘technology’ firm is in the midst of what appears to be a scheme to bounce its shares north, swindling those who buy into the company at inflated prices to the benefit of those orchestrating its rise.

The company lost $6,241 on revenue that appears to be zero in its most recent quarter. Its largest line item? $5,500 for ‘Professional fees.’ The company recently moved its headquarters to Belize City, Belize.

According to Google Maps, its address is now at this building: 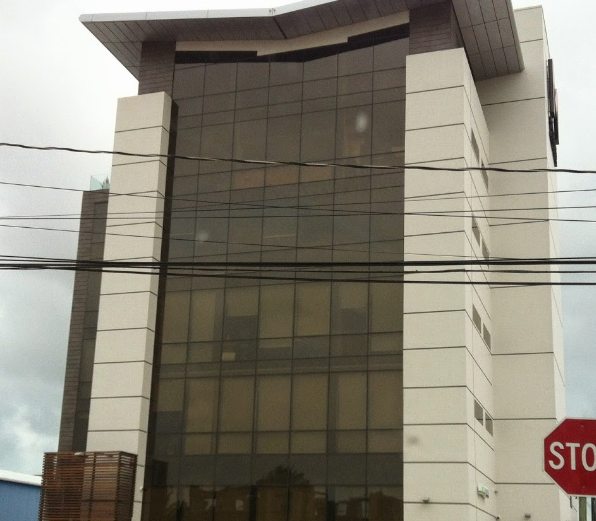 So what the hell is going on? According to Seeking Alpha, CYNK has been recently pushed by “paid promoters,” which makes some logical sense.

Here are a few sample tweet blocs that were sent in June in an attempt to boost the company’s shares: 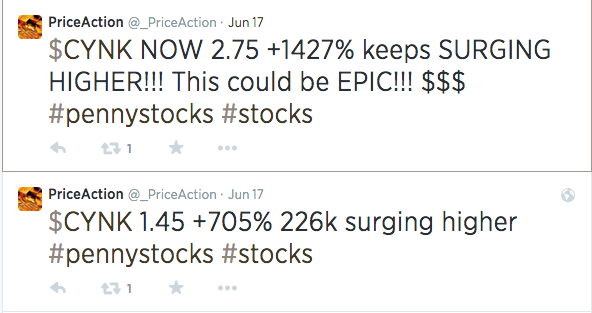 The verbatim text was also sent out by a number of other accounts, on the same days, including @Prime_Picks, and @MichaelMillion. Those tweets may help explain why there was a surge in the company’s value in June — it looks like a classic pump-and-dump scheme.

Why is CYNK spiking now? It appears that CYNK’s main product, Introbiz, was recently upgraded. Here’s its own press release:

June 27, 2014 – Los Angeles ?  Cynk Technology Corp. (OTC Symbol:  CYNK) is pleased to announce they have completed the server upgrade to their website www.introbiz.com

The website recently also went through a technical upgrade to be able to adequately handle the anticipated flow of visits in the upcoming months.

And that’s it. I visited the website and signed up. As far as social networks go, it’s quite feature-free. It’s also as compelling as a large bucket of warm spit. I sent in a number of questions regarding its proposed function through the service’s form, but haven’t heard back.

I’ve seen things that are worth $5 billion. Introbiz isn’t one of those things. Investors cannot be betting that its product is worth more than a few nickels, so it seems that CYNK is growing because, well, it is.

A few things here are worth considering: The company is worth less than zero, given continued losses, no incomes, and $51,611 in liabilities. And yet things are going straight batty. The long and the short here — ahem — is that this bad boy is going right back down to zero.

As Business Insider pointed out yesterday, the trading on the stock has been thin, even in its bull run:

This is a strange, inscrutable tale. The company is up more than 40 percent today, for reasons that beggar the imagination.