GoDaddy is again expanding its team focused on serving the needs of small business owners with the acquisition of a smart calendaring service called Canary. The deal for Canary is more of an acqui-hire, than acquisition, as GoDaddy has no intentions of bringing the Canary application into its current product lineup. However, the company tells us that the app will not be shut down in the immediate future.

Cambridge-based Canary, a TechStars grad, didn’t have any outside investment beyond the small seed round that comes with participation in the TechStars program. GoDaddy declines to share deal terms, but this is likely a small exit given the company’s interest was primarily in the talent, not the technology.

Canary, for those unfamiliar, is one of many new “smart” calendaring applications designed for mobile users. Its iPhone app faced a large line of competitors, including Any.DO, Tempo, Fantastical, Atlas, UpTo, Sunrise, Calendo, and others. The calendar itself was feature-rich, as it was largely designed for power users who needed to book off blocks of time, manage meeting invites, filter views, schedule appointments, get directions, and more. But the app also had a fairly steep learning curve, in terms of really getting to know all its ins and outs.

That being said, Canary co-founder (and ex-Googler) Varun Chirravuri, says the app grew its user base to over 100,000 customers, around half of which were small business owners and those managing their workplace calendars. 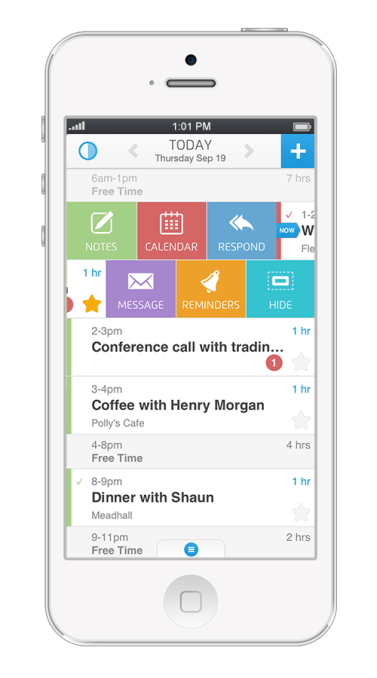 He and fellow co-founder Shaun Seo, also an ex-Googler, are relocating to join GoDaddy’s team in California, while the other two members declined to make the move, though they offered the opportunity.

At GoDaddy, Chirravuri and Seo will work on products like “Get Found,” a part of GoDaddy’s broader presence and commerce team that helps small businesses better connect with their customers. This includes the team and tech from GoDaddy’s previous acquisition Locu, which helps businesses get listed on search engines like Google, Bing and Yahoo, apps like Yelp and Foursquare, and directories like Yellow Pages, and more.

That team, currently based in San Francisco, is now around 25 to 30 people, says Rene Reinsberg, GM and VP of Product in GoDaddy’s Presence and Commerce group. He notes that GoDaddy is still hiring, and ironically, will also be reopening an office in Cambridge later this month. 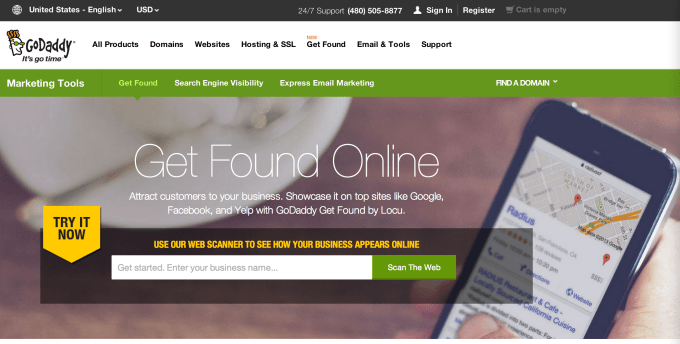 While GoDaddy isn’t planning to do anything with the Canary app itself, following this deal, Reinsberg explains how the two co-founders will fit in. “There are a lot of things we’re thinking about that Varun and Shaun have thought about, so there’s a lot of similar thinking and a share vision for the space,” he says. What he, and GoDaddy, liked about the team was their passion and the quality of the application, and most notably, Canary’s mobile focus.

“For us as a company, [mobile is] becoming more and more important as a lot of our customers are increasingly operating parts of their business on mobile,” says Reinsberg.