There’s nothing more obnoxious than texting someone who doesn’t respond (at least somewhat) promptly. And their excuse? “Sorry, I didn’t see your text!” Ha, no more, my so-called friends, no more! A new app called Ultratext will help get their attention by letting you easily create colorful, flashing GIF messages you can quickly send via iMessage.

The app is also just really fun to use.

Despite the ever-growing number of mobile messaging clients on the market, iMessage is still the platform to beat for iPhone users, simply because it’s the default. And while iMessage has long supported sending GIFs, the process of doing so has been sort of cumbersome – you would have to go to a website offering GIFs, open up the GIF in another window, press and hold your finger down on the GIF, tap “copy,” then paste into the iMessage interface. 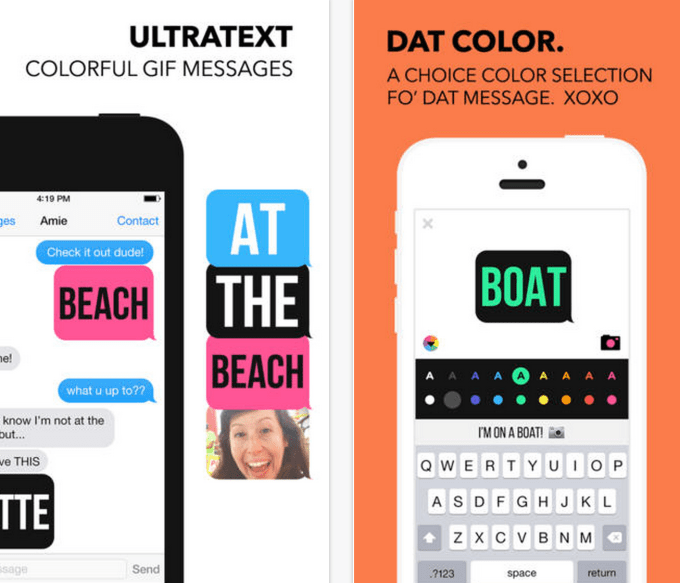 After you install the app, you simply type in the text you want to turn into a GIF, optionally add photos or tap the color wheel to change the text’s background or font color, then tap “Return.” On the following screen, you can choose where the message gets shared. Though most users will tap the big green button for “text message,” Ultratext also lets you post to Instagram, Facebook or Vimeo, or share via email.

When receiving your iMessage, your friend’s iPhone notification screen won’t show the animated GIF in action – they won’t see the flashing image in all its glory until they open up iMessage itself. But the notifications interface will include the GIF’s first photo alongside your message. So you might want to start off your GIF with some eye-catching word like HEY!!, HELLOO!! or YO!! to get their attention.

Ultratext was dreamed up by Santa Monica-based iOS developer Andrew Farmer and web designer and developer Jonathan Thomas, who resides in San Francisco. The two teamed up a couple of years ago to work on apps after meeting through a mutual friend, but work part time to “pay the bills,” says Farmer.

He notes that they’re not “a real company,” and have instead just been dabbling with app development. “Most of [the apps] were not hits and have been pulled from the App Store,” Farmer explains. However, it was through one of these app experiments that the idea for Ultratext came about.

“We recently made an app that let people add overlays onto videos,” says Farmer. “It didn’t work out because the creation process was too involved. We discovered that people really want to make something cool in seconds. While we were walking through San Francisco one day we came up with the keyboard interface idea,” he says. 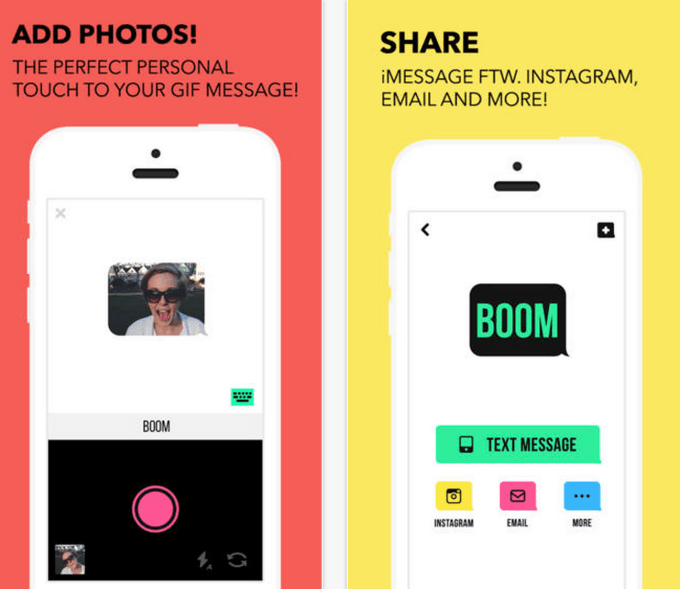 In fact, my only complaint is that the app automatically adds text to accompany your message which reads “Made with Ultratext for iOS” and includes an App Store link. You can backspace to delete the text, of course, but Farmer has another idea. “We are going to charge $1 for removal of the download link from iMessage,” he says.

The team is now thinking about selling additional content that can be injected into your Ultratext, like “canned meme-like images,” for example.

In the meantime, Ultratext is a free download here on iTunes.