We’ve been hearing a lot about iBeacon and Bluetooth Low Energy-powered devices in the retail sector, where stores are beginning to roll out support for beacons in order to better communicate with customers via apps, allowing them to share offers, send alerts, and advertise to consumers. But according to a new report from ABI Research, retail is – surprisingly – not the largest market for this newer technology. In fact, it’s the smallest.

Beacons, which Apple refers to as iBeacons, are hardware devices that can be detected by mobile devices, and more specifically, by mobile apps running on your devices. Apple uses iBeacon devices to track where customers are in its stores, for example. Shopkick has been trialing the technology with Macy’s. Beacons are also being used in some grocery stores!

While beacons don’t actively track you in the Big Brother sense of the word, this sort of functionality will be included in ever more mobile applications in the future, leaving consumers to opt-out by turning off an app’s support for location services, or by shutting off Bluetooth, or simply uninstalling the app from their smartphones.

In the case of an app like Shopkick, consumers likely understand on some level – even if they don’t understand the nuances of the technology itself – that the app is able to identify when they’re in the store versus when they’re not. 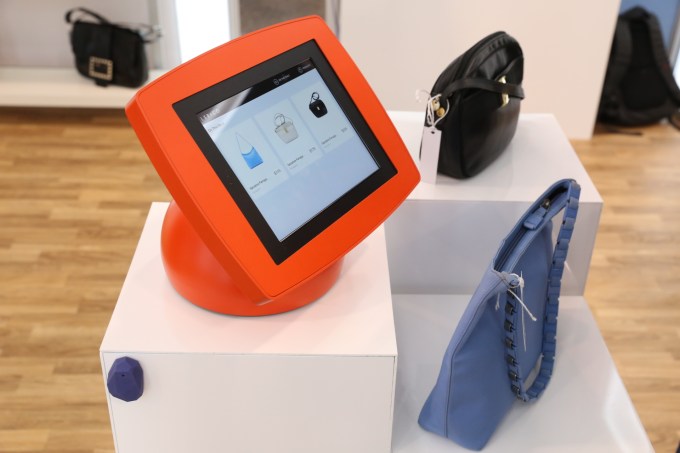 But today, businesses are only beginning to develop codes of conduct for how this technology is used and how it respects consumer privacy. So, like many other technology advances, rapid growth in the iBeacon/BLE device market could mean the technology spreads faster than our ability to come up with the necessary rules around consumer protections. (See also: mobile advertising opt-out mechanisms, for example. Quick! How do you turn off the Advertising Identifier on your iPhone? Surely you know that one, right?)

In any event, ABI’s estimate that by 2019, BLE shipments will create a 60 million unit market* should not be taken lightly. Especially when the (arguably useful) implementation of iBeacon/BLE devices in retail stores is looking like the smallest market. Commercial/enterprise, asset tracking and personal location markets may be larger, ABI believes.

“In building terms, many stores are relatively small in comparison to a corporate office or hospital, while the items being tracked i.e. consumers, are already BLE-enabled through their smartphones, further limiting the number of beacons required,” writes ABI senior analyst Patrick Connolly. “The ability to bring clear RoI and efficiencies to these verticals without the need to increase things like basket size, means that this could become a hugely important area for companies to focus on.”

Imagine if you will the promise of iBeacons in the workplace: integrated with HR systems, businesses can automatically dock workers’ pay whenever they take extended lunch breaks!

In addition, ABI says there’s also “huge potential” in connected home and personal asset tracking via iBeacon/BLE technology. “We will see silos of beacon networks emerging over the next five years,” says Connolly, “and larger companies like Apple and Google must consider how to aggregate this into a cohesive system, creating new revenue opportunities.”

A number of companies have started to move into the connected home space, including Apple and Google (with HomeKit and Nest), as well as a plenty of other startups and smaller businesses. These hardware and software providers may not all be using iBeacon/BLE technologies today, but it will be even easier for them to do so in the future, if they choose, as beacons get cheaper. ABI notes that beacons have “already been dropping significantly in price.”

In fact, that 60 million device number referenced above will only translate to less than $500 million in hardware revenue, says ABI.

The firm believes that the sheer scale of the connected home market makes it potentially the largest, if the technology is adopted by the public as expected.

However, it’s worth pointing out that when ABI says retail is the smallest market, it’s talking in terms of shipments. If you were to consider the total revenue opportunities, retail will remain the largest market, notes Connolly, given the potential around analytics, CRM and advertising as beacons are adopted for things like indoor location, electronic shelf labeling, smartphone apps, mobile payments and more.

These will align to create “the perfect platform for a whole new way to both shop and sell,” he says.

* To clarify, in case of confusion: ABI is only counting dedicated BLE beacon shipments that have location/proximity capabilities to reach that 60 million figure, not BLE-enabled equipment such as the iPhone, Samsung Galaxy, etc. Obviously, folding in phones like that in would mean the number would be much, much higher.