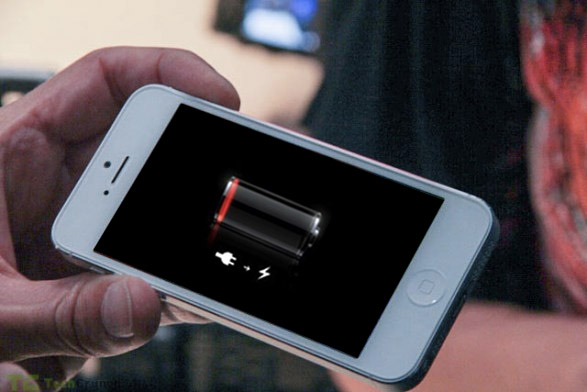 We’ve all been there: You’re standing in the security line at the airport. The TSA agent is mad at you about a water bottle, or a pair of scissors, or some other thing you forgot was even in your bag. Get rid of it, or you’re not flying.

What if that thing keeping you off your flight was your dead iPhone?

This afternoon, the TSA published an announcement stating that passengers boarding flights to the U.S. from “certain overseas airports” (the specific airports go unnamed) will first need to prove that “all electronic devices” they’ve packed can be powered up. No power? No flight. At least not while you’re carrying that dead device.

The full text of the TSA’s announcement:

As the traveling public knows, all electronic devices are screened by security officers. During the security examination, officers may also ask that owners power up some devices, including cell phones. Powerless devices will not be permitted onboard the aircraft. The traveler may also undergo additional screening.

TSA will continue to adjust security measures to ensure that travelers are guaranteed the highest levels of aviation security conducted as conveniently as possible.

The TSA is being deliberately light on details, but NBCNews posits that the new rules are in response to a specific threat which has the TSA worried about “a cellphone, tablet, or other electronic device” being used to hide an explosive device.

Questions left unanswered: Will the TSA have back-up chargers to test the most popular devices? How dead is dead? Does getting it to flash the “Your phone is too damned dead to turn on” icon count?