In what is the largest VC round in a French startup of all time, BlaBlaCar just raised a $100 million round led by Index Ventures, with existing investors Accel Partners, ISAI and Lead Edge Capital also participating in the round. Previously, Deezer raised a $130 million round from Warner Music Group’s owner Access Industries, but it wasn’t VC money per se.

“Our ambition is to go further than what we have today, even though we still need to consolidate what we began,” co-founder and CEO Frédéric Mazzella told me in a phone interview. “At this point, we could either try to optimize our business to become profitable, or we could invest with this proof of concept to expand now and become profitable later.”

I’ll let you guess what the team chose.

BlaBlaCar is a marketplace where you can find a driver who is driving from one city to another and book a seat in advance. Drivers can make a bit of money while riders can travel for cheap. It has the same business model as Airbnb — you pay or get money every time you ride or drive, and the company takes a 10 percent cut on average. But the true beauty in BlaBlaCar’s business is that its marketplace is getting much better all the time — the more people use it, the more rides you will find close to your home, even if you’re going from a tiny city to another small city.

Today’s news is also a great signal for the French tech ecosystem for two reasons. First, BlaBlaCar managed to find VC money to fuel its incredible growth — this is relevant as French VC firms don’t have big enough funds to lead these kind of massive rounds. But bigger VC firms operating outside of France are often looking for interesting deals in the French tech scene.

“BlaBlaCar is like a Rocket Internet company, with a teddy bear at the top of the company”

Second, while the terms of the deal are undisclosed, BlaBlaCar is probably the next French billion-dollar tech company after Criteo‘s IPO on the NASDAQ. At heart, BlaBlaCar is a community-powered collaborative consumption startup. In other words, it is something completely different from Criteo’s advertising technology platform.

It proves that France is not a one-horse town. There are very talented people creating diametrically opposed startups, and they are willing to become global leaders.

BlaBlaCar now operates in 12 countries and has 8 million members (after announcing 7 million members in May 2014), with a million monthly active users — a BlaBlaCar active user is someone who has shared a ride in the last month. At the same time last year, only 330,000 people used the service every month.

So far, the company doesn’t face any legal issue as it promotes a revenue sharing model, and not a profit-seeking model like Uber — it’s like asking for your friends to pay for the gas.

The key competitive advantage of the company is that it’s much cheaper to share a ride than to take a train or a plane. The average 200 miles ride costs $25 on average. While companies like Uber are going to own the urban transportation startup, BlaBlaCar could become the global leader of longer rides.

It is one of Index’s largest deals to date. BlaBlaCar’s previous round was only $10 million in January 2012. So this round seems like a big step forward — even BlaBlaCar itself didn’t think it would be able to raise $100 million this time.

“I handled the fundraising process as I used to work as a VC,” co-founder and COO Nicolas Brusson told me in a phone interview. “The first VC firms I saw were in New York and the Silicon Valley, and I was pitching a $27 million round. We realized that people really understood what we were doing now.”

“Every car can potentially become a BlaBlaCar. I wanted to avoid Europe’s boy scout model — many companies don’t raise enough money because they don’t want to give away too much equity and then face American competitors who raised much more,” he continued.

A Company Of Friendly Ogres

“BlaBlaCar is like a Rocket Internet company, with a teddy bear at the top of the company,” someone recently told me. And it’s true that BlaBlaCar has the same focus as a Rocket Internet entrepreneur who wants to take over the world. But the culture is different.

When I first went to BlaBlaCar’s office in Paris, Mazzella took a lot of time talking about the company’s values. They were smart, witty and polite. Team members told me that the entire company recently went skiing together — Mazzella wants BlaBlaCar to be in the top rankings of best companies to work for.

Yet, there is something truly Rocket Internet-like going on at BlaBlaCar — in a good way. Everybody seems to speak at least three different languages, they all seem to have graduated from top business schools or engineering schools, and they are hungry.

It’s a team of young and fearless employees who believe in the company’s mission and probably don’t realize how important BlaBlaCar is becoming. This way, the company can achieve a lot of things with very few people.

“We always have 5 to 10 countries on our radar,” Mazzella said. “And when the stars align, meaning we have the right local team, the right market and the bandwidth, we shoot.”

Right now, the company is looking at countries all over the world, such as Turkey, India, Brazil or Eastern Europe countries. For multiple reasons, the U.S. is not on the radar yet — gas is cheap, and cities are too big and too far away from each other.

As Mignot told me, it’s a land-grabbing industry. You need to use your brand, product and money to take over entire countries before local competitors become too big — and it’s working. Even in Germany where Carpooling.com is quite effective, BlaBlaCar now has more than a million members after a year.

“The way we build our international expansion is with local offices,” Brusson told me. “We have an office in London, Madrid, Milan, Moscow, Warsaw… We made a lot of small acquisitions because that’s the best way to find talented entrepreneurs who are passionate about this industry. That’s how we launched in Italy, Germany, Poland and Russia.”

An Overnight Success That Was Ten Years In The Making

Someone recently told me that people were leaving the room when Mazzella pitched his idea in front of an audience in the early days. Founded in 2004 as Covoiturage.fr, Mazzella had a tough time convincing French customers.

“From 2004 to 2009, I can tell you that I tried everything,” Mazzella told me. That’s also how the three co-founders Mazzella, Brusson and CTO Francis Nappez could experiment with different things before settling for a traditional transactional model with a frictionless marketplace. That’s probably why the company is moving so quickly now — it’s like the team already failed and now has the opportunity to make it right.

BlaBlaCar will certainly face other challenges, but it is well-positioned to expand to many new markets, especially now with the new influx of cash. 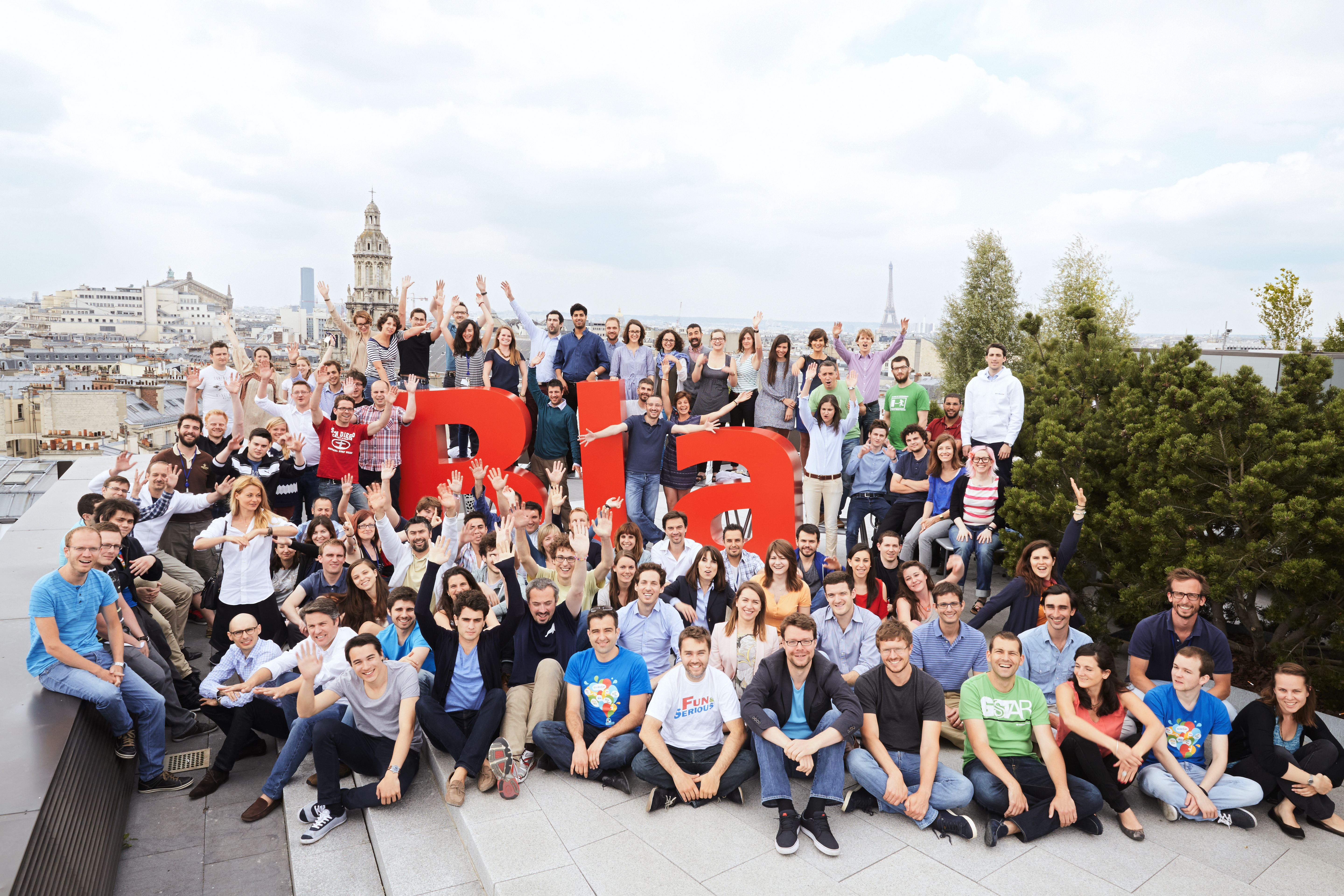