The pro-privacy Blackphone, a hardened Android smartphone that focuses on making rigorous security features more accessible to a general phone user, has started shipping to its first wave of buyers.

Blackphone is a partnership between Spanish mobile maker Geeksphone and security company Silent Circle. The phone, which uses a “security-oriented” Android build called PrivatOS, was unveiled back in January, with pre-orders starting the following month for a planned shipping date of June. It’s now fulfilling those first orders.

The Blackphone handset costs $629 — putting it at the premium end of the smartphone device market. But unlike the vast majority of Android handsets it has been designed to put user privacy front and centre.

The basic hardware tech specs include a 4.7 inch display, quad-core 2GHz processor, 1GB of RAM and a 2,000mAh battery. But the key feature-set here is Blackphone’s security credentials.

These include a tweaked and hardened version of Android; frequent over-the-top security updates that are not held back by carrier bottlenecks; Silent Phone and Silent Text for secure, encrypted telephony and messaging; a remote wipe feature for contact data; user prompts to switch on local data encryption; plus a bundle of third party security-focused services to further expand the feature set — including SpiderOak secure cloud storage, VPN anonymised browsing via Disconnect, and Kismet’s Wi-Fi analyser product.

Users are also walked through the Blackphone security set-up process via a wizard, to lower the barrier of entry to mobile data security. And while users can still download standard Android apps (which may of course be less than secure) to the phone, another feature on Blackphone analyses individual app behaviour — to warn users if an app is trying to do something it shouldn’t be.

The initial pre-order inventory sold out but SGP Technologies, the name of the Geeksphone-Silent Circle joint venture, said today it will be reopening its web store on July 14 to begin accepting new orders.

The company pulled in $30 million in funding back in May, with investors including Ross Perot Jr. and private investment fund Cain Capital LLC, based in Dallas. That was Silent Circle’s first external funding, which is perhaps a measure of rising investor interest in initiatives focused on digital privacy in these post-Snowden times.

Commenting on the launch in a statement, Toby Weir-Jones, CEO of SGP Technologies, said: “In a world where devices and apps increasingly offer features only in return for users’ personal or sensitive information, the pent-up demand for Blackphone shows there is strong, international demand for our brand’s devices and services that stand apart by placing privacy before all else.” 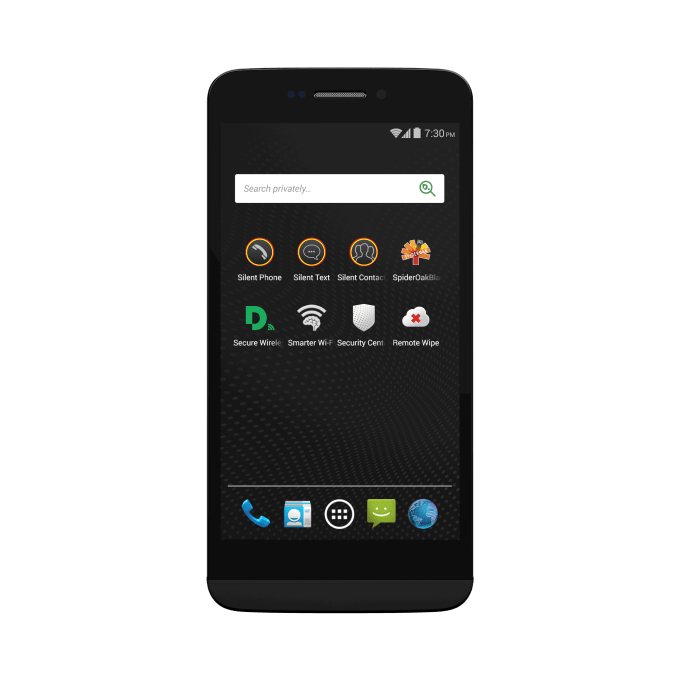