During a session about its ATAP unit, Google today announced that it is working with LG to bring Project Tango, its effort to bring 3D-sensing to phones and tablets — to consumers early next year. This first consumer device will be a tablet, though Google wasn’t all that clear about what exactly this first partnership would look like and didn’t talk about the exact timing or pricing.

The company also said that it is working with the Unity and Unreal game engines, as well as Qualcomm to bring this project to the market.

While Google already shipped limited numbers of its Tango phone prototype to developers earlier this year and launched a 7-inch tablet-based Tango device using Nvidia’s Tegra K1 processor to developers who were willing to pay $1,024, the company had never publicly talked about a potential consumer launch. 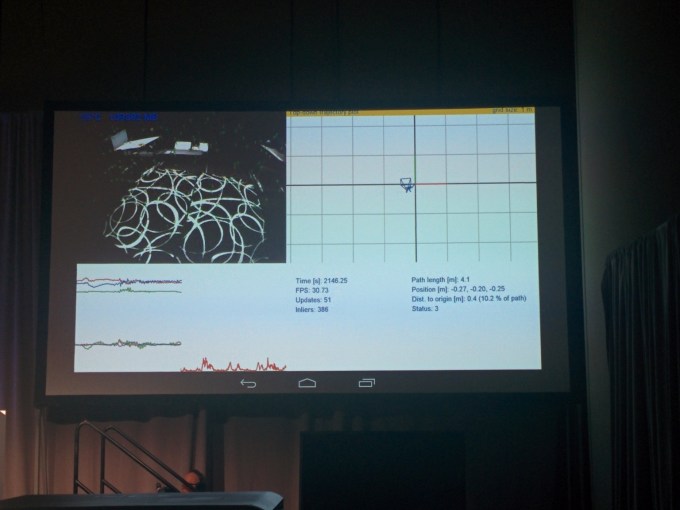 Tango clearly isn’t quite ready for a consumer launch today, but the team is clearly working hard on this project and the kind of applications this enables are starting to emerge. During a demo of the technology at I/O today, ATAP’s Technical Program Lead  Johnny Lee showed a Unity-based game based on Tango’s ability to understand where you are in the room, for example.

As far as the technology goes, Lee noted that the sensor array on the current Tango tablet allows for very high precision. The team found that the drift generally remains under 1 percent and chances are that number will be even lower in a few months. Given that the device doesn’t use GPS and just uses its various 3D sensors, accelerometers and gyros to track users in an enclosed space, that’s a pretty astonishing number.