This wasn’t a huge surprise because we’ve heard quite a few rumors about this in the past, but Google today announced that Android apps are coming to Chrome OS. They will essentially run in an Android emulator on the Chrome OS desktop and will be available in the launcher.

In Sundar Pichai’s demo, this looked better for tablet apps than for phone apps, but it’s clear that Google is working to bring Chrome and Android closer together. It’s unclear when exactly Google will make this available to users, however. Pichai did not announce any launch date — or even time range — today.

In addition to this, Google is also bringing a number of continuity features to Chrome OS. Chromebooks can now automatically unlock themselves when your phone is around, for example, and incoming phone calls and text messages will now trigger notifications on Chrome OS. However, unlike the similar features Apple showed earlier this year, you won’t be able to take phone calls from the desktop. 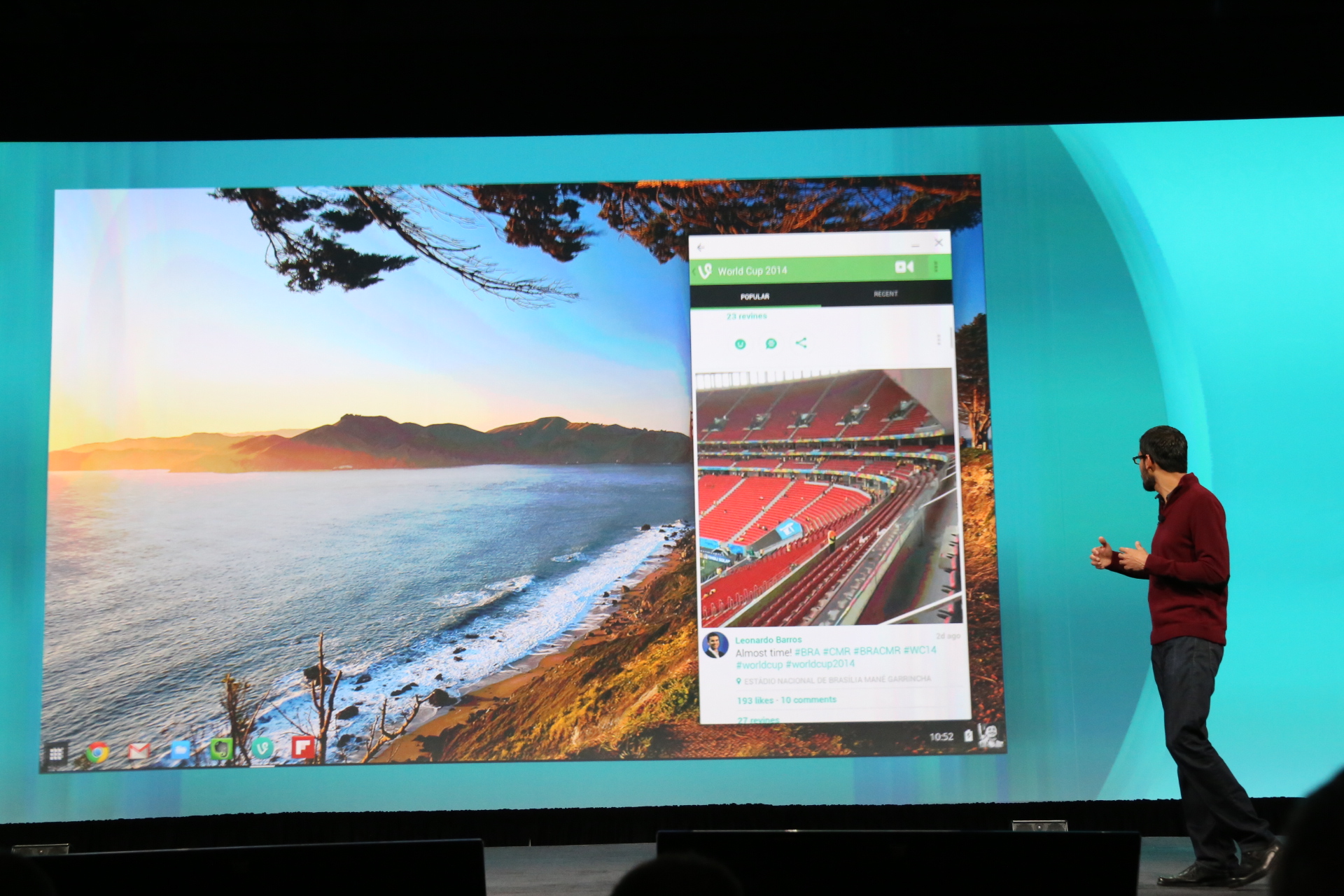