Today in its sprawling keynote at its I/O event, Google announced Android Auto. The version of Android will be “completely voice enabled” according to the company, and will help users navigate, communicate and listen to music in their cars. The system will be “contextually aware,” Google says, and will allow for hands-free access, an important feature of an experience that involves a driver.

Google also announced that Android Auto’s SDK, which will feature APIs for audio and messaging, will be released “soon.” Twenty-five car manufacturers have promised to build Android-Auto powered cars. That’s a large chunk of the global car ecosystem. The first cars with Android Auto will “roll off the lots” before the end of 2014, according to Google. 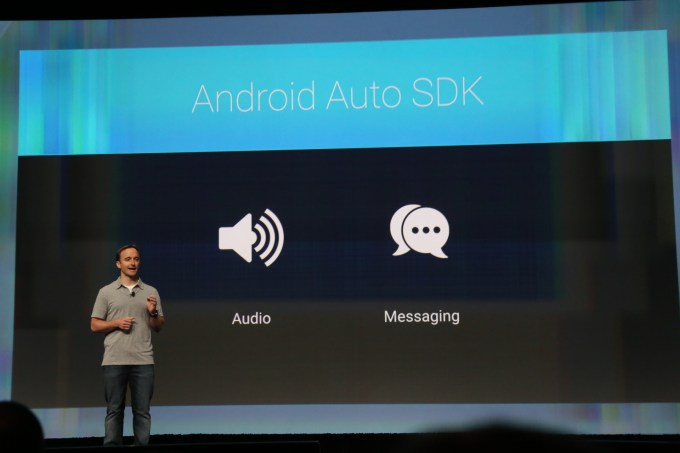 Google is working at the start with Spotify and Songza, among others, on the Android Auto music interface: 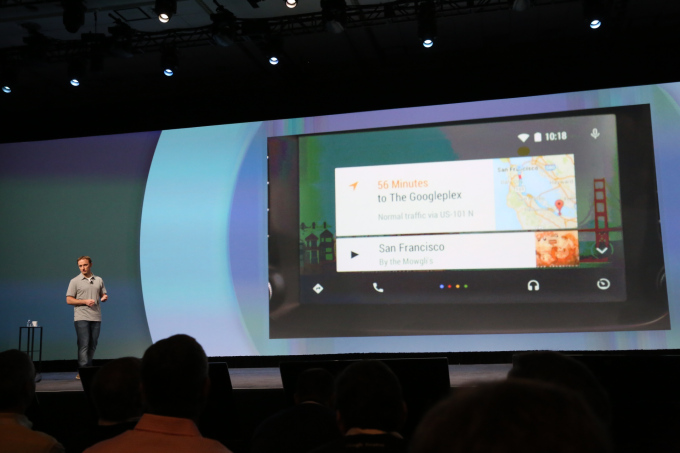 The navigation experience in Google Maps will contain what you expect it to — live traffic, turn-by-turn directions, and voice controls: 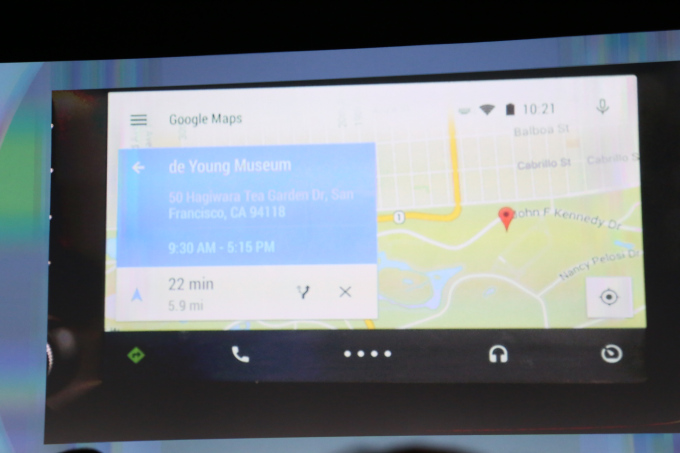 Regarding communication, messages that are incoming show up as heads-up notifications. Users can tap a button on the steering wheel to reply. Again, the idea here is to keep drivers’ eyes on the road.

It remains to be seen how clean Android in your car will be, but the promise of voice-controlled Spotify in the car I’m in is compelling.