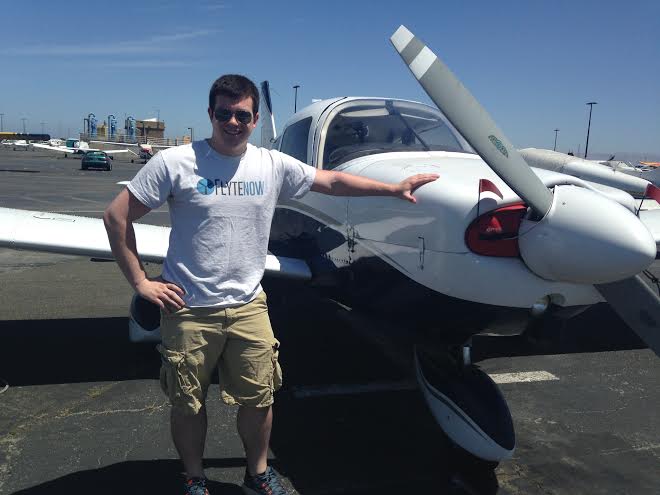 The first line of the email in my box read, “This is UberX for small planes.” Yet another Uber for X mystery startup in my inbox. Yay! (not really).

But the idea of skipping the traffic to Tahoe was attractive enough to bite on this one. So four days later I found myself 2,000 feet high in a tiny plane with Flytenow founder and licensed pilot Matt Voska as the company’s first ever Bay Area customer.

So what was it like? I’ll get into that in a bit. First let me explain how this all works.

Say you want to go up to wine country with a friend or two for the weekend. So you go to the search option on the site to find someone flying up to Sonoma. Lucky for you, a Flytenow pilot has posted that he is headed up that very way.

Unfortunately, I was not so happily bestowed with such fortune:

In fact, there didn’t seem to be any flights I could go to anywhere. No way to search for a certain day or for a more amenable price, either.

Thankfully I had that initial email with which to contact this “Uber for planes” organization. Voska emailed me back the next morning and plans were set.

What’s supposed to happen is you go to the site and see a list of pilots’ upcoming adventures. Then you, the flight “enthusiast” (as Voska prefers to call a passenger) book and pay to go to there.

Turns out it’s actually more “Zimride for planes” than “Uber for planes.” 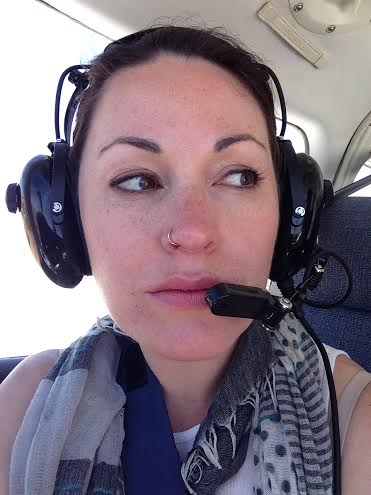 Voska actually started the company not from a love of flying (which he definitely has a passion for) but because solo flights on his then student budget were expensive. Voska realized getting others to hop aboard and pay for the gas was a much easier way to fuel his pricey hobby. Gas for a short flight, for instance, could be around $100. That was hard to justify on his then student budget. So he put college on hold and moved himself from Boston to the Bay Area.

Voska developed his love of traveling into the blue when an uncle first took him up on his private plane at the age of 10, by 17 Voska had his license and now, at age 20, he aims to baptize the rest of us into the joys of affordably accessing the friendly skies in private planes.

Back to my nascent Flytenow voyage…did I mention my fear of flying? It’s not bad, really. It’s just that little thought in the back of my head every time I board a plane that I am putting my life in some other person’s hands and this could be my last day on Earth and there’s nothing I can do about it. But mostly it’s a thought kept way back there and barely recognized – until I found myself in a tiny plane.

Fatal crashes by private plane are way higher than they are for commercial airliners. 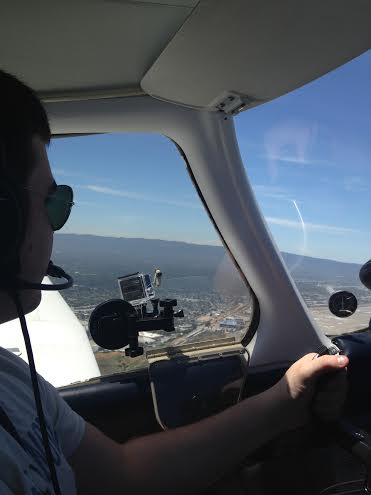 A little turbulence around the side of Mount Diablo over in the East Bay and I was doing some heavy lamaze. To add to the fun, Voska handed me the wheel for a good minute.

All fear factor aside about putting your life in some 20-year-old’s hands that you don’t really know at all but says they have a license and would like to take you with them way up thousands of miles into the wide open sky in a tiny vehicle… is this whole operation even legal?

Flytenow believes that it is.

The way Flytenow works around this is getting passengers to pay them and not the pilots. Pilots do receive money for the flight, but it’s simply for splitting the cost of gas and maintenance on a flight the pilot was already going to take anyway. Think of it like getting a ride with someone and paying some gas for the lift.

Current acting legal advisor for Flytenow, Greg Winton agrees with the team’s interpretation of the law. Winton is a current aviation legal expert and former attorney for the FAA and U.S. Department of Justice.

As Voska told me, he’s already submitted all the legal paperwork to the FAA so they should be already aware of his intentions.

Former CEO of SurfAir, and the godfather of subscription aviation services Wade Eyerly also agreed Voska’s plan probably meets the intent of the law. He had his own battles to face in an industry that is not very open to change.

“The regulation is always a challenge and every time you create something new in an industry that is not used to change is good,” said Eyerly.

Mike Flint, Warren Buffet’s former pilot, attempted something similar to Voska at one point. His Indiegogo campaign helped him launch Visionary Airlines back in 2012. The idea was to create a destination-based flight-training program, which would allow clients to earn flight hours towards a pilot’s license while they traveled. He even took the likes of Miss California around Silicon Valley. But his attempt, like dozens of others, was soon shut down. 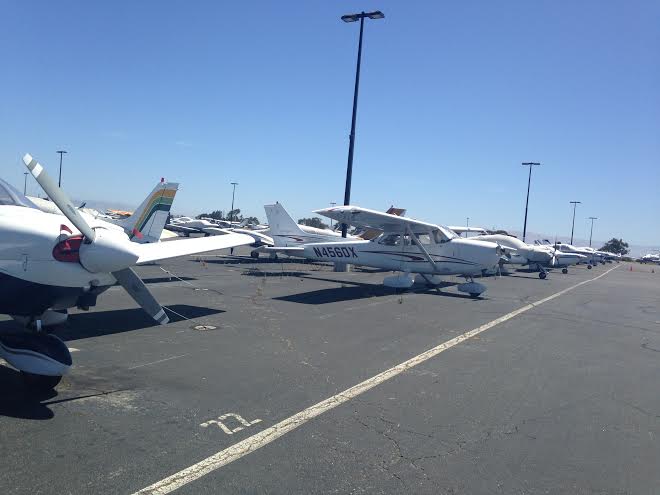 We landed safely, and actually I calmed down after those few turbulent minutes. I even briefly (briefly) entertained the idea of getting a license. Being way up like that makes you feel that way, I guess. And honestly, I could do it again.

Voska tells me it’s just $120 to Monterey and back or $250 round trip to Tahoe. But before I can plan on either of those scenarios, the site needs a few more (one, even) flights posted so I can book something…

Update: Voska informed me there was a glitch in the system that’s now fixed. There are now several scheduled flights posted.