Google Glass is quickly turning into the butt of a joke in the consumer market, where it’s being parodied on The Daily Show and elsewhere, and where the term “glasshole” is now a common way to refer to what someone people call “those face computers.” Today, Google is looking to rehab that image a bit by focusing on more practical applications designed for businesses. The company is announcing its first round of “Glass at Work Certified Partners.”

Google says that hundreds of enterprise developers applied for the program, which lets them create business-specific apps for Glass, as well as become eligible for co-branding and listing on the “Glass at Work” website.

The company also highlighted in particular some of the efforts underway by Augmedix, which is working with Dignity Health to find an alternative way to input information into a patient’s medical record without having physicians “tethered to a computer.” 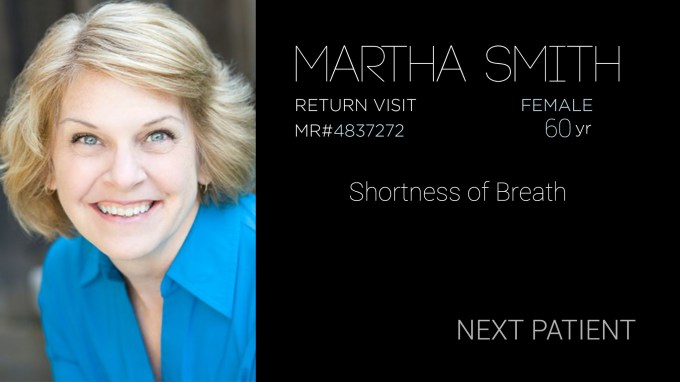 The doctor puts on Glass before entering the room, launches the app, then speaks to the patient about their issues. The audio and visual data is being streamed through Glass to the Augmedix platform, where the info is then input into the patient’s electronic medical record in real-time.

Because really, if people have problems with Glass at a bar, surely they won’t mind if their private conversations with their doctors are live-streamed?

Of course, to be fair, many doctors today use more some version of audio recording today – however, this tends to be a voice recorder the doctor speaks into after the meeting to summarize the data that’s to be input (e.g. patient name, what symptoms they’re presenting with, what course of medication is being prescribed, etc.) It’s still a leap to go from that to having Glass record the meeting in real-time full.

Dignity Health, however, says that since beginning to use the technology, its physicians have reported a decrease in total daily time spent entering data into EHRs from 33% to 9%, and increased direct patient care from 35% to 70%. So there is some value in terms of the sheer efficiency of the software. As to what it says for a doctor’s bedside manner, though, is to be determined.

But this video sure spins it well: