Facebook Paper is pretty, but sluggish when it comes to news. Its human-curated sections take a while to ingest the latest world events and gossip. But today’s 1.2 update adds a “Trending” section that highlights news stories and photos that capture the essence of the most mentioned topics on Facebook. Those aren’t always hard-hitting news, but are things people care about like big sports matches, TV shows and celebrity deaths.

Trending on Paper is like a visually focused feed version of the Trending topics list Facebook shows on the web. The update also lets you tap any hashtag to see a Paper-style cards of public and friends’ mentions. 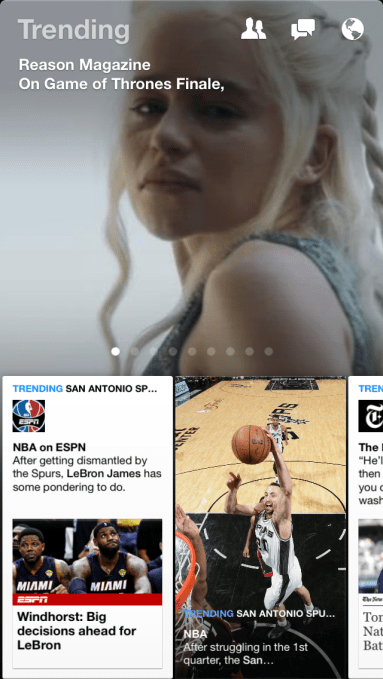 Paper also got a long list of other updates that Facebook says are “a bunch of features you’ve asked us for”:

These are all just incremental, functional improvements. Trending is the potential game-changer, though. While Paper is also a visual way to read your News Feed, a big part of it is a news reader. But until now, more algorithmic-focused reader apps like Circa and Prismatic have usually been able to get the jump on Paper, showing off breaking news first. The Trending section could make Paper feel more alive. 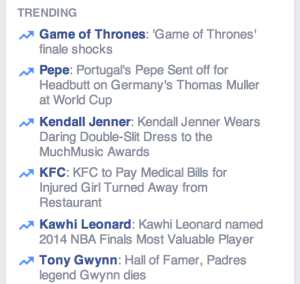 For example, right now for me it includes:

Aggregated access to these kinds of stories could appeal to casual news readers just looking for some entertainment rather than enlightenment. You can also tap on any of the trending topics themselves or hashtags to see a river of Paper cards with stories mentioning them if you want to dive deep into a subject and get different perspectives. 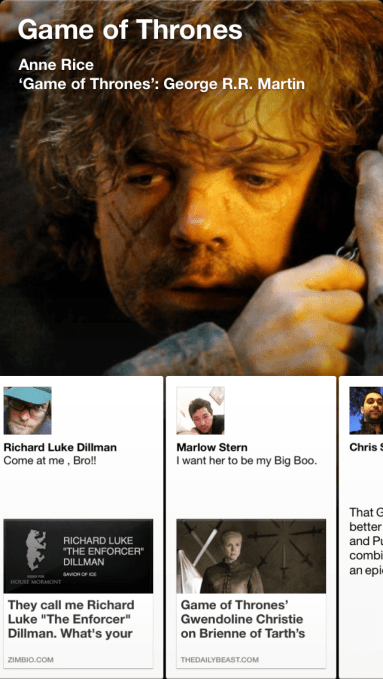 Still, Paper is stuck in an awkward place between being a rich, image-laden, ad-free replacement for the News Feed and other parts of Facebook, and being a newspaper-like experience with sections on different news verticals like business, sports, pop culture, and technology. Trying to balance the two is a bit awkward, and seems to be hindering Paper from nailing either.

Facebook says it’s focused on product development and not growth for Paper. Still, the (not always accurate) download and usage metrics from third parties point to very low traction, as Gilles Raymond lays out in this quantified analysis of Paper. Comscore is frequently off, and this data wasn’t published in a formal report but pulled from its dashboard, but it estimates Paper’s usage per month per user at just 18 seconds in April. Facebook flat out tells me “those numbers are not accurate”. Plus, that stat is surely dragged down by people just trying out the app for a few seconds and then ditching it, so truly engaged users still might be browsing the 80-stories-a-day Facebook claims.

In the end, Paper’s radical design probably isn’t for everyone. The question will be how many intensely loyal users can Paper find, and will the small but active fraction of Facebook’s total 1.28 billion users be enough to produce sufficient engagement for the social network to keep supporting its reader app.

If not, just as we saw the great unbundling of 2014, Paper might be part of the great standalone app graveyard of 2015.