“Google Play Music All-Access”. That tongue-twisting name says a lot about how well Google understands humans. It’s also why the New York Post’s report that Google is in talks to buy contextual playlist service Songza for $15 million seems like a smart move. While Google Music has playlists, they’re generic, static, and totally unorganized. Songza lets you say what you’re up to or what you’re feeling, and provides pre-made playlists perfect for those situations. 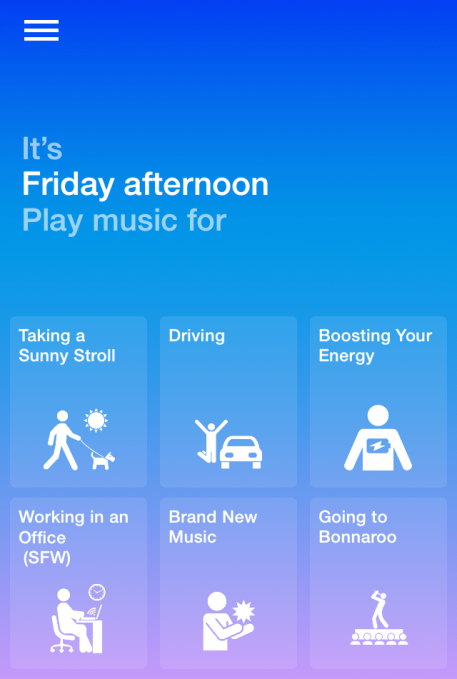 Buying Songza could both juice Google Play Music All-Access’ user count and give it a more curated experience that appeals to casual listeners. On-demand streaming music services suffer from the decision paralysis imposed by a search box connected to the history of recorded music. It takes music knowledge to know what to search for. Contextual playlists let users find music to suit their mood without having to recall specific artists or songs they like.

The ability to keep the tunes flowing without constant input has made Pandora hugely popular with mainstream listeners. More recently, Beats (now owned by Apple) has focused on pre-made and contextual playlists that highlight great tracks within a theme or use a Madlibs-style fill-in-the-blank sentence to cue up songs that fit a user’s current activity. Spotify has gone it’s own way, centering music discovery around social recommendations from friends and public figures, but that approach hasn’t gained much steam.

If Google acquired Songza and integrated it into Play Music All-Access, it could better compete with these other streaming services beyond the search box. Hell, it could even just use the Songza name and ditch its rambling moniker.

One issue is that since Songza doesn’t let you pick specific songs you want to hear, it gets to pay lower “pure play” royalty rates, as MP3.com founder Michael Robertson noted on Twitter. Being integrated into Google Music could force it to pay higher on-demand royalty rates. 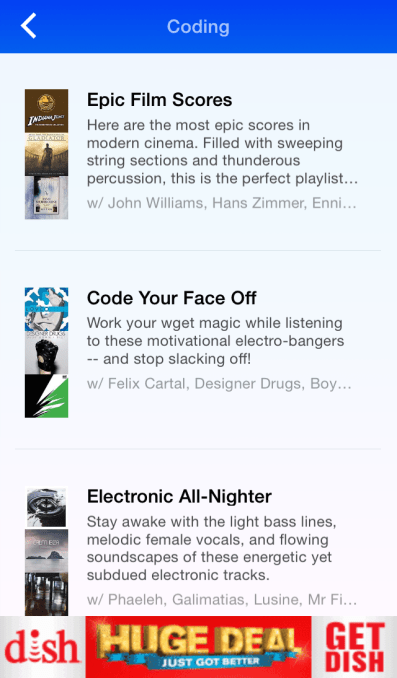 Now might be a smart time for Songza to sell. As other streaming services get more serious about playlists and offer their own options for delivering mood-specific songs, Songza could be commodified. Unless it can prove it’s much better, listeners might just go to more full-featured streaming services where they can also play specific songs or personalized radio stations. A cheap Songza buy is much more fiscally feasible for Google than the scuttled acquisition of Soundcloud would have been for more cash-strapped Twitter.

If Google wants to get really serious about upping its footprint in streaming music, it may need to shell out to buy Spotify with its 10 million paying subscribers and 40 million total listeners. However, since Spotify has traction, revenue, and has raised over $500 million, the price could be in the high billions. Songza has raised just $6.7 million and has less momentum, so Google might be able to buy its technology and brand…for a song.