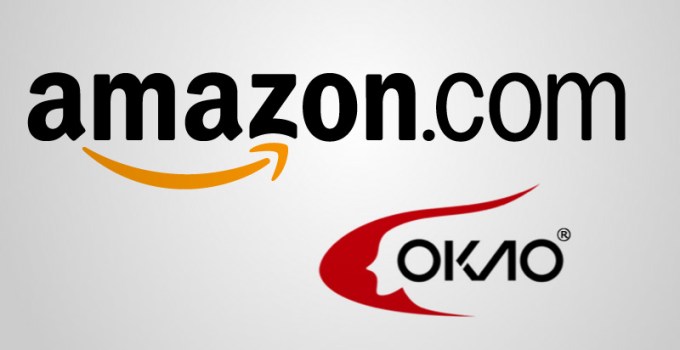 Rumor has it – and we’ve confirmed – that Amazon will launch its first smartphone on June 18. The device will be unique in the marketplace thanks to its ability to deliver 3D effects courtesy of four front-mounted IR cameras. What wasn’t known is how Amazon planned to scan our faces to handle the UI elements. TechCrunch has learned that Amazon is using Omron’s Okao Vision face sensing technology to track the user’s head. The Japanese firm’s technology was modified by an internal team at Amazon to allow its upcoming phone to deliver unique stereoscopic effects from a standard LCD screen.

For example, as I previously reported, a user can tilt the smartphone or their head left or right to browse and access hidden side panels. Watch the video (below) Amazon released along with the invitation to its launch event. Our source tells us that sort of motion is exactly how the technology works.

As we originally reported last year, his effect is done by the use of four front-mounted cameras placed at each corner of the device. The Okao face detecting and tracking software derives X, Y, and Z coordinates from the stereo-aligned cameras. The phone’s gyro sensor and accelerometer enables the Okao software to provide a faster response and increased accuracy and power efficiency.

The result is a 3D effect currently unique in the marketplace. 3D glasses are not needed and there aren’t limiting 3D factors like on the Nintendo 3DS.

According to Omron, the Okao software pack can also recognize faces and facial attributes to estimate a person’s gender, age and ethnicity. It doesn’t sound like Amazon has currently employed any of these additional features at this time. Currently Amazon is focused on head-tracking.

Amazon hopes third-party developers will latch onto this system and develop apps that take advantage of this head tracking software. We’re told that the 3D feature is very limited out of the box. At launch, there will be just a couple of added gestures built into the operating system that utilize this system.

The phone runs Amazon’s fork of Android, FireOS. It will come with several built-in apps that use these extreme 3D parallax effects. The company has been courting developers for sometime according to previous reports.

The phone itself is reported to sport a 720p 4.7-inch screen and be powered by a Qualcomm Snapdragon processor with 2GB of RAM. There will be six cameras on the device — four dedicated for the head tracking along with a front-facing camera and a rear-facing 13MP camera.

The phone’s price, name and release date is currently unknown although Amazon is likely to reveal all that and more at its June 18th launch event.