“People come to Instagram today to post their photos but haven’t come back to edit their photos” Instagram CEO Kevin Systrom tells me. So today Instagram is adding sliders to control 9 new photo effects and the intensity of its existing filters. These give everyone the power of desktop editing suites and photo apps like Camera+ and Photoshop Express for free, which Systrom says “creates a nice level playing field for the Instagram community.”

The Instagram 6.0 update is rolling out today to iOS and Android (Ice Cream Sandwich and above). 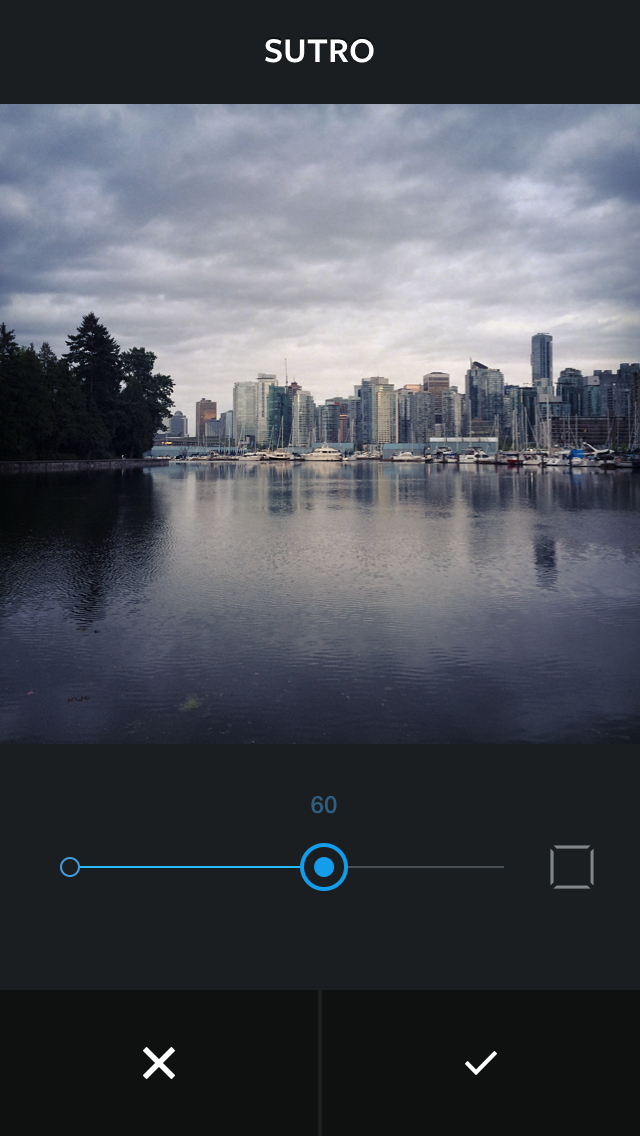 Until now, the Instagram user base was divided. There were casual mobile photographers who snapped pics with their default camera or Instagram and then posted them to the app. And then there were more serious creators who might fiddle with their photos on desktop software like Lightroom or spin them through a series of third-party editing apps before taking advantage of the Instagram network. This gave their photos a truly unique look unattainable through Instagram’s more cookie-cutter, overplayed filters.

Systrom admits “There’s an appetite for more advanced tools to let people be more creative on top of their photos”, but says they’re not totally accessible. “I wish there were apps that are free and do this well but they’re either expensive, or $1.99 and not that great. Now instead of using multiple apps to get your photos looking the way you want, you can just come to Instagram.” Systrom notes. Those are clearly jabs at the $1.99 Camera+, and Photoshop Express’ pricey in-app purchases. 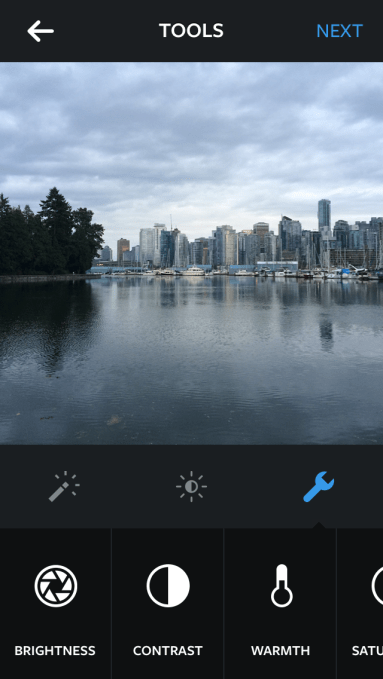 Instagram is taking these apps head-on with these new features in its free app.

These features are conjured with the new wrench buttoned and applied with sliders featuring plus and minus counts for maximum control. Instagram users can tap their photo preview to compare it before and after effects. You can see this process in action in the video below, provided by Instagram:

The most important feature is surely the adjustable filters, which Systrom says came because “We’ve noticed a trend towards more subtle filtering.” So now if you want to add just a touch of sepia with the Valencia filter, you don’t have go overboard with the hipster sheen. The old Lux auto-magic lighting tool will still be available from the main composition flow if users want an easy way to simultaneously reduce overexposed sections and brighten shadows.

If the new effects feel a bit buried in the editing flow, that’s the point. Systrom tells me “I believe that flexibility and simplicity are often at odds.” So instead of cramming the features into the main composition flow, they’re hidden behind the wrench so hardcore users can dig them out, but they don’t complicate things for casual users.

Along those same lines, Instagram is simplifying its video posting flow. A year ago at the Instagram video launch, Systrom touted the ability to choose a cover frame preview to entice friends to slow down and watch. But now selecting a cover frame will be optional, as Systrom says “Our data shows most people just use the first frame.” By speeding up the video sharing flow, Instagram might be able to get more motion pictures into its feed. 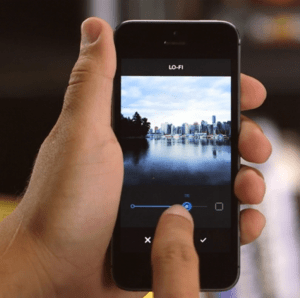 There’s some chance that the update could backfire if it makes users feel like they have to do all sorts of fine tuning or their photos will be inferior. But since there’s no way to tell exactly what someone did to a shot before sharing it, the native tools might keep people from going elsewhere and then bragging in the comments “well I ran it through this app, then that app…”

This update doesn’t see Instagram stray into drastic, overlaid photo modifications like adding text with Studio Design or multi-photo mosaics with PicStitch. That might be smart, as natively integrating those kind of tools could overwhelm the feed with too much jazz.

Systrom concludes that “I believe that we have done a really good job building the network. We were solely focused  on not being a photography company but also being a network.” Now with 200 million plus users, it’s time to return its focus to the art of photography. Still there’s plenty to do on the social side. The ability to see nearby photos would be exciting, while a Facebook News Feed-esque highlight reel of the most liked photos in your network could keep infrequent users clued in.

For now, though, Systrom beams that the new features “will create more opportunities for posting, just like filters did originally. In some ways it democratizes the way to create cool photos even more.”