If you ever thought that the future creeps up on you slowly — and then all at once — behold Touch ID for all apps.

The Touch ID API will be available in beta today, so that developers who want to use the iPhone’s fingerprint sensor in order to authenticate users — or add an extra layer of security like in the Mint example — can start building on it. The science fiction thinking on this is that you’ll eventually use Touch ID to open your door (with Apple’s Homekit) or buy stuff on Amazon.

Apple’s senior vice president of software Craig Federighi insisted that with the Touch ID API, the fingerprint data would remain stored on your iPhone, not relayed to third-party developers.

For all Apple’s posturing, this is actually one of its minute design details that does have the potential to change everything. Last night a friend of mine lost her phone, and when she went to the “Lost and Found” to pick it up, the person at the counter started asking her a series of questions to prove the phone was hers.

In response, she simply said, “Touch ID” and proceeded to unlock the phone with the tip of her finger. 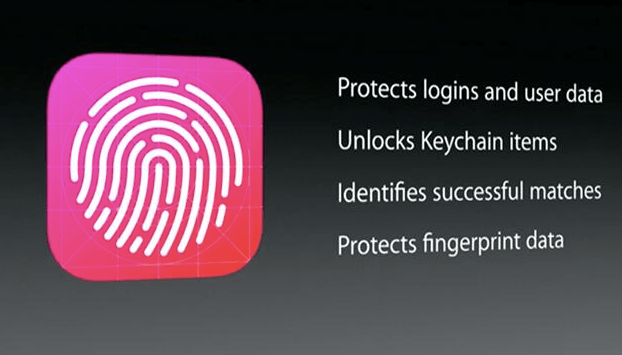