While Apple has a reputation for building beautiful hardware and powerful software, recent forays into the cloud, including MobileMe, iCloud, and Siri, have been found wanting by many.

At today’s WWDC event, Apple demonstrated that it’s making significant headway on the cloud front with the announcement of iCloud Drive, advanced photo storage and syncing, and most importantly for developers, CloudKit.

CloudKit is a new, “effectively free” developer framework that lets app creators tap into Apple’s iCloud so that they can more easily work cloud components into their mobile apps. In the past this has been a huge pain point for developers, forcing many of them to turn to third-party solutions like Microsoft Azure, Google Cloud Platform or Amazon Web Services.

By calling on different aspects of the CloudKit API, developers will be able to quickly drop in support for features like CloudKit authentication, search, and notification, things that previously would have required building on top of the aforementioned services from Apple’s competitors.

While the above data caps are quite generous, offering more than enough free storage and data delivery for most developers on the App Store, it should be noted that Apple has not announced CloudKit pricing for those who go beyond those limits. 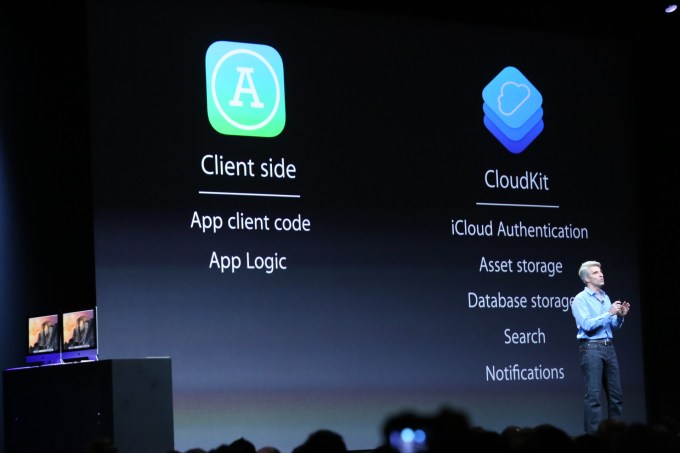