Update: Apple announced the $3 billion deal on May 28th.

Why would Apple buy Beats when it could just evolve iTunes into a streaming music service? Well, it wants the talent of Jimmy Iovine and Dr. Dre. But according to a source with direct knowledge of iTunes’ executive strategy, by buying and operating an external streaming service like Beats, Apple can coin off a smooth transition without cratering the record business. The record labels and artists depend on the approximately $1 billion iTunes earns them selling downloads each year which could be disrupted if the 800-million account store shifted to subscription streaming.

In short, turning iTunes into a streaming-only service is frightening to an industry fast losing cash to streaming upstarts and — by maintaining iTunes as an album/a la carte music sales service while running Beats as a sideline — the company can have it both ways.

The digital music sale business is in decline. As Jon Maples astutely noted in his take on the supposed Beats deal, digital sales fell 13.3 percent in 2013. Even if iTunes’ market share grows from around 63 percent where reports pegged it in 2013, the digital sales pie is shrinking too fast to compensate. Apple needs to enter the streaming business somehow. 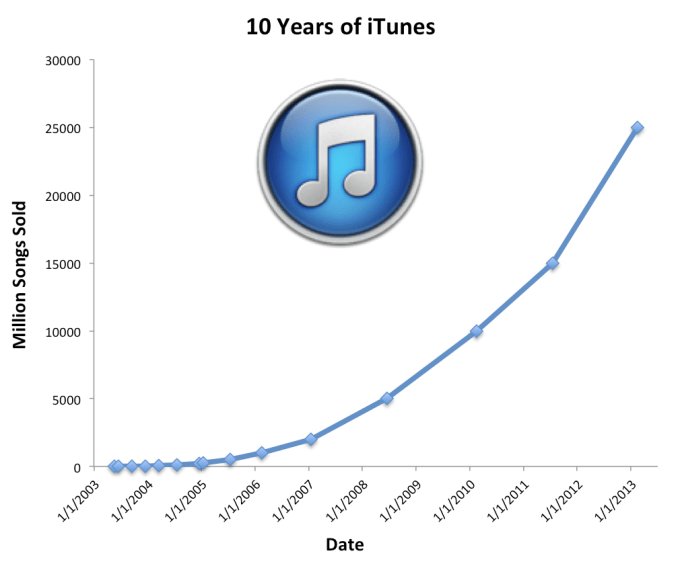 Because it’s deeply conscious that it pumps a lot of blood into the music industry. My source says iTunes execs started deeply considering streaming at least two years ago. They realized a sudden move for iTunes from downloads to streaming could lead to dark days for the record business, reducing musical inventory – and revenue – accordingly. Live Nation Labs and former Warner Music Group SVP of technology Ethan Kaplan has made the same prediction, writing that if iTunes shifts to streaming, it “effectively kills the recorded music business by slaughtering mechanical revenue from retail…[the] impact on the market will be catastrophic.”

It would take time for Apple to ramp up subscriptions to the point where they could make up for the lost download revenue. In the meantime, Apple would forfeit some money that it could easily afford to lose. But the record business would hemorrhage cash. This scenario might make the labels very wary of striking a deal to turn iTunes into a streaming service or working with Apple in the future.

But if Apple can grow a streaming business on the side as iTunes fades it could bridge the download and the cloud eras gracefully. 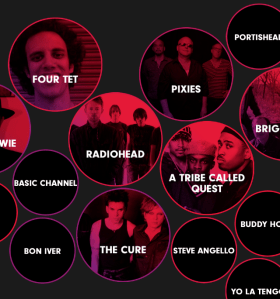 My source says iTunes executives believe they could convince the record labels to let Apple sell a $5 a month music subscription. Their goal is to get to 20 million subscribers, which would let the streaming service pull in $1.2 billion. If Apple gave the labels a little higher cut, say 80 percent, it could pay them out $960 million a year. Taking into account the continuing decline of digital sales, that would soon be enough to replace download payouts.

On a higher level, a big part of Apple buying Beats is about getting Dr. Dre and Jimmy Iovine inside the company, a well-placed source tells our writer John Biggs. Their design, marketing, and industry savvy could be a huge boon to keeping Apple cool. But the Beats Music service, specifically, is valuable to Apple too. It would let Apple continue to offer a la carte download sales to slower adopters through iTunes, while simultaneously courting early adopters with a separate all-you-can-hear streaming service like Beats.

The music business has been a great ally to Apple. Their alliance to power the iTunes store helped Apple sell gobs of iPods and later iPhones, which then encouraged people to buy Macs and MacBooks so all their devices would play nicely together. In the end, the most lucrative part about owning a streaming music service for Apple might still be incentivizing hardware sales. But for now, its best bet is to keep the record labels addicted to iTunes downloads rather than cutting them and sending them into an ugly withdrawal, at least until it has a stronger streaming service to hook them on.

Composite image with a photo by Sébastien Gagnon under a CC BY 2.0 license