This morning at an event in New York City, Microsoft announced that it is releasing a new Surface device, the Surface Pro 3. The new tablet hybrid sports a 12″ screen, as expected.

Interestingly, the new PC has a Core i7 processor, so the thing should scream along. Microsoft claims that it is the “thinnest Core PC ever made.” Here it is: 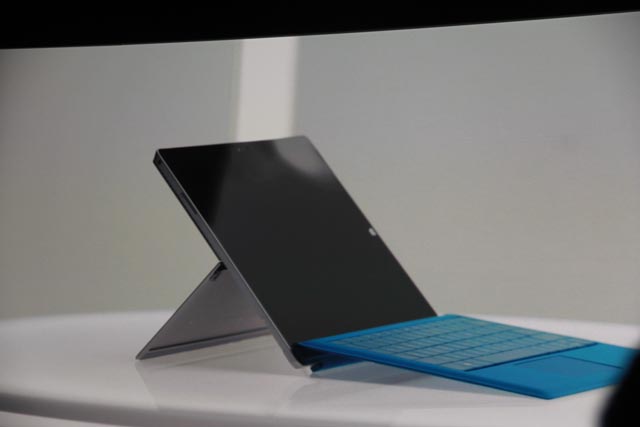 Previously, it has been expected that Microsoft would release a smaller Surface device — the publicly named Surface Mini — but those rumors faded as time passed. 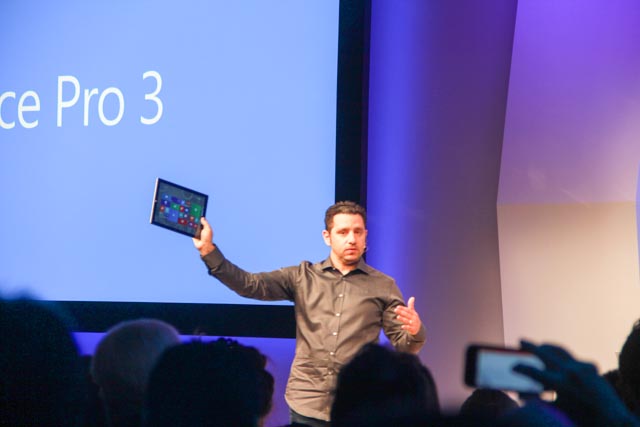 According to Microsoft’s Panos Panay, “This is the tablet that can replace your tablet.” The device sports a 3:2 aspect ratio instead of the 16:9 ratio that other Surfaces sport. 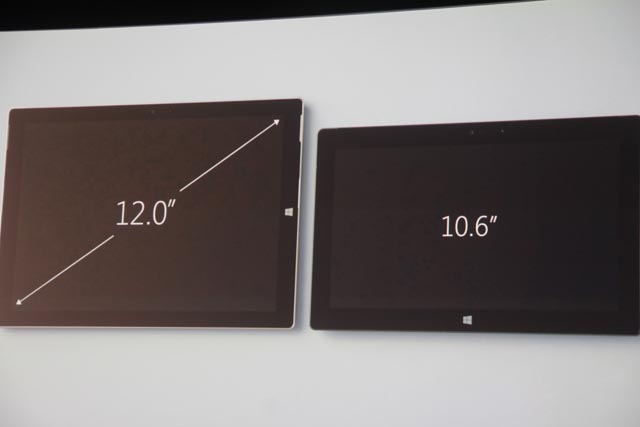 Microsoft showed off the device in a video, revealing that it will be 9.1 millimeters thick, 45 percent louder than previous Surface devices (the speakers are now front-facing), and weigh 800 grams. As with other Surface Pros, it will accept pen input. It’s worth noting that the Surface Pro 3 is thinner than other Surface Pro devices, down from 10.3 millimeters. 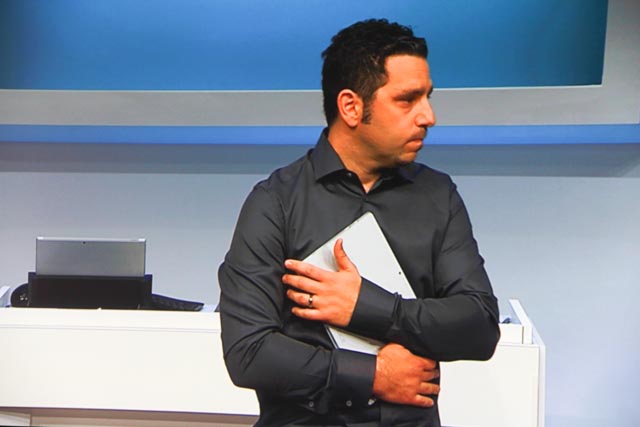 The Macbook Air — Microsoft’s apparent product of comparison — is heavier than a Surface Pro 3 without a keyboard attached. It isn’t clear if that comparison would work with a Touch or Type cover. 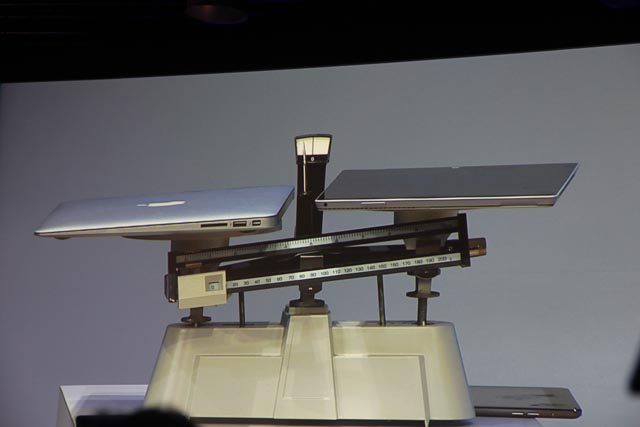 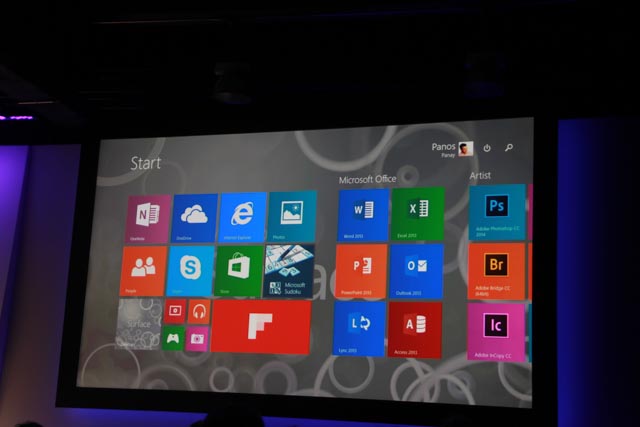 Microsoft has changed the kickstand, so that it has a nearly lie-flat mode that will allow for people to write more comfortably. The new angle, 150 degrees, appears designed for pen work: 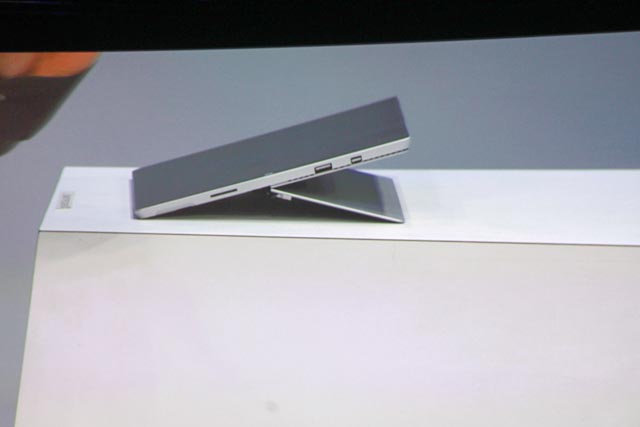 Also new today are Covers, sporting better trackpads (at last!). According to the company, the new Covers’ trackpads are 68 percent larger, and have 70 percent reduced friction. We’re going to need hands-on time to see how much better that is in reality, but the numbers are nice. 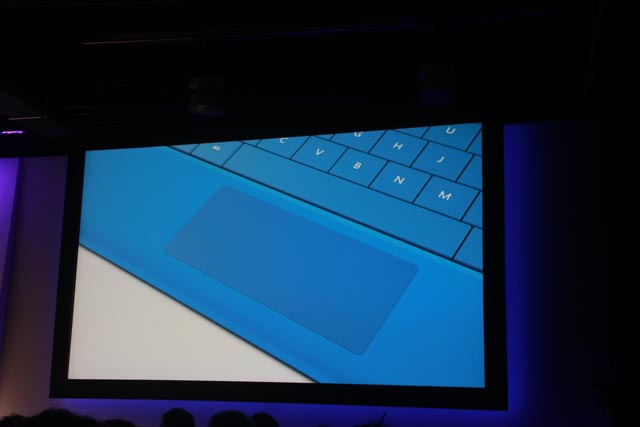 A new magnetic strip will allow the Surface Pro 3 to better sit on your lap. More on that later.

Microsoft has essentially rebuilt the Surface Pro experience. A new pen is also up: 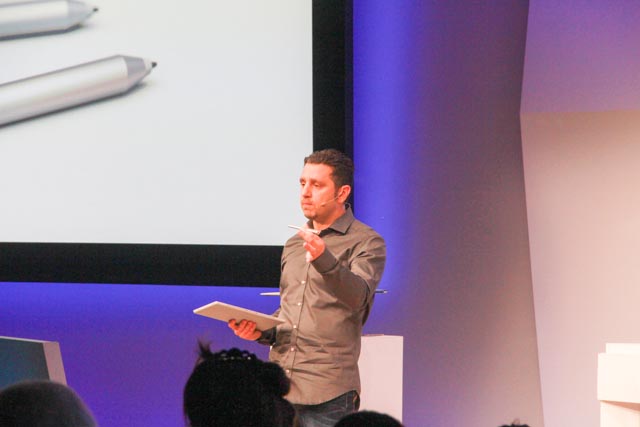 The new pen will also talk to the Surface Pro 3, and can be used, via a button, to fire up OneNote so that there is less lag to start writing.

Gut check: I want one of these suckers, at least to play with.