Facebook is taking a swing at suggesting contextual content to keep you surfing after you share. A new test on iOS surfaces related content cards including photos of restaurants you say you’re at, friends who’ve checked in where you did, photos of friends you check in with or mention in a status, and friends who listened to a song you just posted. The cards make News Feed feel alive.

By reacting to what’s top of mind for users, Facebook could unlock new utility, entertainment, and monetization potential. The cards test is rolling out to a small subset of iOS users.

[Update 3pm PST: Facebook has just released Facebook for iOS 10.0. Along with housing the cards test, the app will let you review a preview of a status update and strip out any unwanted suggested links Facebook planned to append, such a link to a musician you’re listening to’s Page. You can also compose posts while offline or with weak connectivity, and the app will publish them when it gets signal back. Finally, there are some feed speed improvements.]

How will the cards look? If you posted a status message or photo and tagged your friend Julia at Yosemite National Park, you might see the card on the left above. The card on the right could appear if you posted a status with the “watching Grand Budapest Hotel” action, and tagged your friends Jon, Jingbo, Greg, and Matt. Along with music, and videos, the cards can respond to books you’re reading too.

Facebook’s cards go a step further than Twitter’s by not just rendering in-line media you’ve shared, but suggesting what you might want to see next. They won’t answer your burning questions like Google Now, but that’s because Facebook isn’t fundamentally a search experience, it’s a content relevance engine. It’s goal is to show you things you’ll be interested in. In that sense, Facebook’s cards might be best compared to the suggestions of nearby places that Foursquare provides. 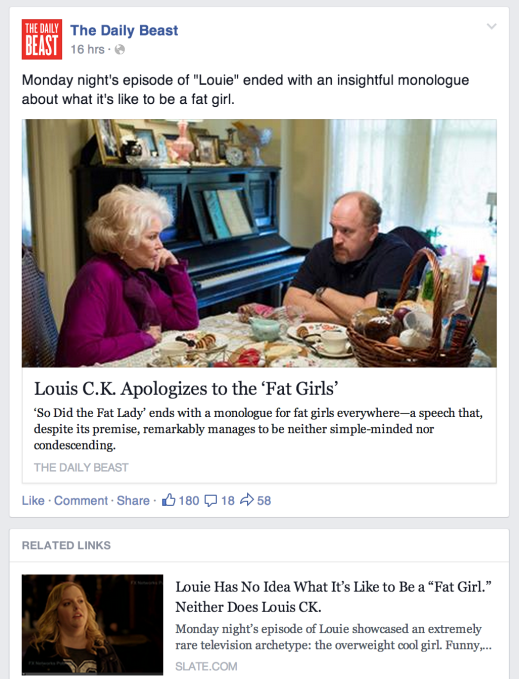 Facebook’s News Feed has largely been slow to react. It applies a lifetime of your preferences about who and what is relevant to choose what feed post to show next. This mostly ignores your current mindset. Sure, maybe someone isn’t your best friend, but if you post a photo with someone’s, it’s quite likely you might want to see more pics of them.

Now Facebook is bringing context to mobile, and applying it to the most central parts of its graph: people and photos. The cards test is rolling out to a small subset of users, and uses color-coded styles with green for content, red for places, yellow for photos, and blue for birthdays.

Facebook tells me “These cards can help you discover information about where you are or what to do next, or inspire conversations with your friends around you.  This feature respects all existing privacy settings, and the card will only show you information that you could already see elsewhere on Facebook. We wanted to make it easier for you to interact with your friends about the things you’re doing and the places you are visiting.”

The strategy has potential for several reasons. First, it’s likely that users leave Facebook’s app after they publish something. This is squandered engagement. Facebook could reduce the after-sharing bounce rate with its new cards.

Rather than getting dumped back into a stale feed, the interface reacts to make Facebook feel fresh. That’s critical for the social network since its filtered feed feels inherently slower and less alive than Twitter’s real-time river.

Context Is A King-Maker

The cards could endear businesses to Facebook by giving them an extra chance to connect with people who’ve shown they’re interested. If you see photos of friends having a great time at a restaurant after you check in there, the social proof will probably leave you with a more positive perception of the place. 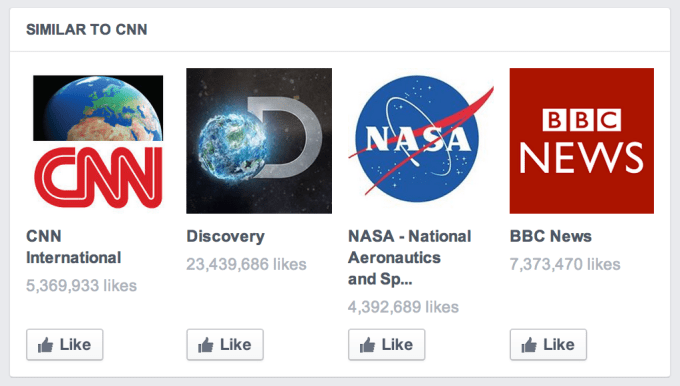 In 2012, Facebook tested Sponsored Results in the typeahead of its search engine, letting Pages and games to pay to appear when people searched for their competitors. Eventually it killed off this ad product, but perhaps cards will resurrect this reactive marketing. The more Facebook can tie its advertising to the current intent of the user, the more it moves from its historical place in cheaper demand generation advertising into Google’s stronghold of purchase intent-based demand fulfillment ads.

Imagine getting recommendations for nearby businesses after you check in at the park. This isn’t happening yet, but it seems like a reasonable next step that could be an attack on Foursquare.

While Facebook is currently analyzing the structured content of posts to fuel its card suggestions, eventually it might weigh more contextual signals like your location, the time of day, or the sensors on your device like the accelerometer. Facebook can’t read our minds, but with contextual cards, it could read our posts and other signals to predict what we’ll want to connect with next.