Menswear, like sewage treatment and rabies, needs to be disrupted. I’ve already seen about a dozen folks trying to change the space, most notably Bonobos and Indochino, but no one has quite cracked the “older, odd-shirt-wearing tech dude demographic.” Until now.

Original Stitch is a custom shirt generator with a bit of a twist. Instead of offering a few basic styles, you can choose from over a billion shirt permutations. That means you could change shirts every half second for your entire life and still not exhaust the potential possibilities.

The company is differentiating itself with a $75 starting price (extras can add a few more dollars to the price) and over 200 patterns and colors. It has a unique 3D “fitting room” that shows the shirt as you build it and a fitting expert then contacts you for your measurements. The shirts come a few weeks later.

“Our shirts are made in Japan,” said founder Jin Takahito Koh. “We have no inventory, no warehouse, no retail. Every shirt is made on demand so we can pass on the savings to customers.”

Koh began his foray into custom shirts with Bleu Flamme back in 2012. The technology then was solid but he wanted to add more features and fix the branding. By choosing something simple – Original Stitch – and expanding the choice, he was able to create an entirely new site. He’s also upped the ante when it comes to custom clothing.

“Why did we pick shirts? Because the shirts market alone is a $10B a year market worldwide. Plus, it offers a lot of options for customization. It is also a problem for a lot of people. We think we now have a better solution for this gigantic market,” said Koh.

“We think tailors hand-cutting fabrics are old school. We developed embedded software to integrate with fabric cutting machines. Result, every fabric is precisely laser-cut by machines to your exact sizing,” he said. “I don’t see us a retail company. I see us as technology company. We are in the ‘Mass Customization’ market. We invest and build software to enable mass customization of all types of products.”

The company has only 12 employees around the world and is based in San Francisco. Jin sends the designs to the cutting factory and then produces them with a two-week turnaround time, a speed matched only by some online tailors. The company entered beta in December and has been running full steam since April. They have taken no VC funding but added a few advisors and angels including Lucas Ryan of Mogad, Jia Shen of RockYou, Shogo Kawada of DeNA, and Koichiro Yoshizaki the founder of Cool Japan Fund. They’re seeing revenue of $89 per user and 10% of their customers return to order more shirts. 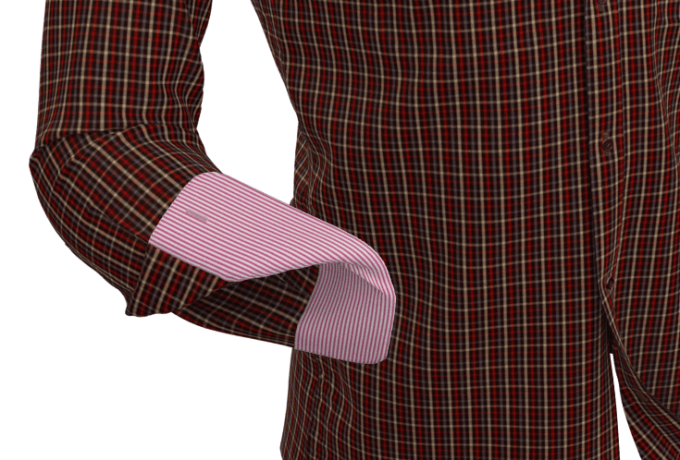 Mass customization is huge. It’s a fascinating space and by automating much of it you reduce the cost of production considerably. While the frou-frou still prefer their shirts to be hand sewn by little old Italian men smoking Partagás cigarillos, I can also imagine a world in which getting a robot to cut your shirt in Japan is pretty cool, too. After all, who doesn’t want a robot to dress us in the morning?