People don’t want to buy copies of art, they want the original. And that’s been a huge problem for artists who create digital works that are easily copied. No scarcity means no market, so artists can’t make ends meet. But Monegraph, short for “monetized graphics”, uses cryptography to bring meatspace scarcity to online art.

Here’s how Monegraph works. Artists can visit the Monegraph site and sign in with Twitter. Then They submit the URL of a digital image they’ve created. In return they receive a blockchain key and value they can store in a NameCoin wallet, similar to how they would store bitcoin. This is their digital deed, a unique claim of ownership to the piece of art. If someone else submits the same image, Monegraph detects that it’s already been claimed. Monegraph also tweets out an announcement of the ownership to commit it to public record.

Once a creator watermarks an instance of a digital art piece as the original, they can then share copies however they want. The piece can be redistributed or remixed, and the artist can watch as it takes its own viral course knowing they haven’t lost control. If they wish to sell the piece and the rights to it, they can sign the Monegraph deed over to a buyer.

Monegraph was originally created for the Rhizom Seven On Seven conference. In that sense, it’s as much a piece of art itself as it is an artist’s tool. Below you can watch the video of Monegraph’s creators Kevin McCoy and Anil Dash demoing the technology at this week’s TechCrunch Disrupt NY conference.

When oil painters sell their work, the value proposition to the buyer is clear. They’re purchasing the expression itself. There is no other copy. Someone could photograph the painting, but the buyer owns the source. Ideally, Monegraph could equip digital artists with a similar value proposition. “Sure, people are copying and sharing my image all over the web, but you can own the original.”

Actually convincing the public or the art buyers that owning the cryptographic key to a digital piece’s deed actually means they own the artwork may be more difficult. 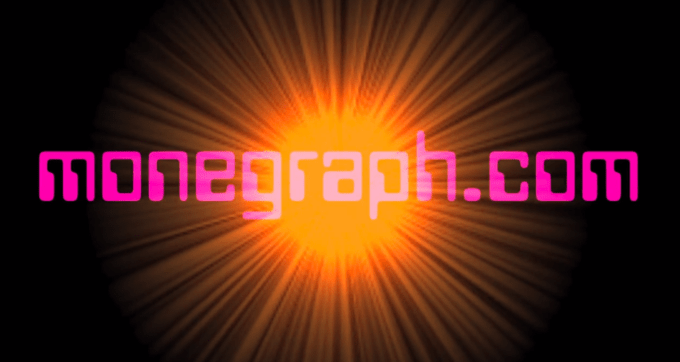 Standard Creative co-founder and meme artist Ronen V tells me “Art is a currency. The evolution of art into digital currency is — no question — the future. And this is a good step. I think presenting it as a 1:1 translation of the way physical art is bought and sold (“original,” etc) may be misleading. That said, what it’s actually doing is pretty cool, and I think will grow either with them or others doing similar things.”

Digital art canvas and gallery startup NewHive‘s co-founder Zach Verdin agrees the idea of Monegraph is important, but contends it might not suddenly make creators wealthy. “Digital artists make most of their money working for brands, and ad agencies, so the space where digital artists can make money on their own, and for themselves, is still relevantly nascent.”

With time, though, we’ve seen other mediums like film and music grow to have enormous industries built around their intellectual property rights. Monegraph could empower tomorrow’s meme artists to at least receive the credit they deserve while still using free Internet distribution to delight the world at large.