Longtime TechCrunch Disrupt NY hackathon participants, Kay Anar and Gilad Shai showed off their hardware hack today called the “oRouter” – a Linux-powered, Raspberry Pi-like computer offering secure Wi-Fi access via the Tor network. The idea is to offer an affordable alternative to downloading the Tor software to your computer, as well as a way to more easily connect to Tor over mobile devices like an iPhone.

Kay says the idea for the project actually came to him via a non-technical friend, who had asked him if there was something she could just plug into the back of her computer in order to secure her connection from snooping. An answer wasn’t readily available.

The oRouter uses off-the-shelf components purchased at Radio Shack, including a low-power single board computer from Texas Instruments, and low-power USB Wi-Fi dongles. The device only requires 5 volts of power to run, which allows it to pull juice from something as simple as a portable charger, for example. The version of the oRouter demoed at the Hackathon today supports up to 32 simultaneous connections. 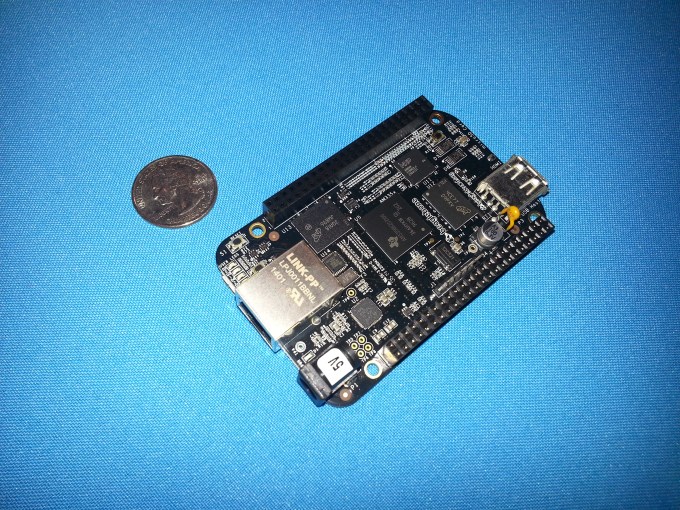 As an end user, the process of using the oRouter is designed to be exceedingly simple. It’s zero configuration, meaning that you plug it in and then connect to the Wi-Fi network it provides. Unlike the Tor download, it requires no additional software in order to work. Once connected, as you browse the web and use online services, you’re actually using Tor (via Wi-Fi), thereby securing your communications from eavesdropping. In addition, for an extra layer of security, the oRouter’s MAC address (hardware address) changes every 10 minutes.

In the future, more advanced configurations may be made available for technical users, which would allow them to tweak the settings for their own needs.

While originally intended to just be a hack, the two teammates are now considering taking the project further, possibly raising funds via investors or crowdfunding, in order to put the oRouter in production and start selling.