Fifty years ago this month, in 1964, a computer programming language winked to life that changed the course of a generation. While many would point to the rise of Unix and other ubiquitous programming languages in the intervening years as formative points in the history of computing, on May 1, 1964, a computer at Dartmouth College ran the first BASIC program, changing the world forever.

Created by Professors John Kemeny and Thomas Kurtz and a team of student programmers, the Beginner’s All-Purpose Symbolic Instruction Code was supposed to be a simple system for teaching computer literacy and escaping the strange runes associated with early mainframe programming. Gone were commands like “EBCDIC ARRAY E [0:11],” replaced by a simple “HELLO” to begin programming and a delightful “READY” prompt that showed the computer was listening. 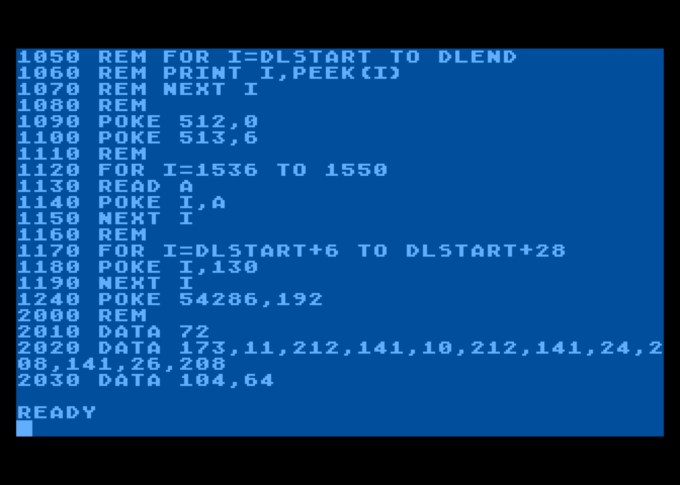 BASIC was perfect for beginners. The structure was inherent in the language – each line was numbered – and the commands encouraged linear thinking. While it’s fallen out of favor in recent years, replaced by new BASIC-like beginner’s languages, the Dartmouth’s contribution to history has always been a great introductory tool for millions of programmers.

Early BASIC was a strange beast but the language slowly but surely accreted all of the tools necessary to do real work. Most early home computers ran BASIC as a default and I fondly recall created executables in Turbo Basic, a powerful successor to Dartmouth BASIC that essentially bolted a Ferrari engine into a Pinto. With the rise of the web BASIC fell out of fashion but you can still mess around with it on OS X, Windows, and Linux. You can even program it on Android and iOS.

I think it can be safely said that the following few lines of BASIC have introduced more computer programmers to the magic of creation than any other. It’s the language that launched a thousand ships.

I remember fondly typing in that code – the “HELLO WORLD” replaced with something more scatological – and getting in trouble in third grade. Don’t forget the semicolon after the last quote for extra fun!

You can read a little bit more about BASIC here and follow Dartmouth’s celebratory events at their website. You can see the original manual right here.