Until now, Internet.org has been a lot of talk about connecting the world without much to touch. But today at f8, Facebook and Ericsson gave Internet.org its first physical incarnation with a hands-on demo of its Innovation Lab. It lets developers test out their apps on a simulated 2.5G mobile network similar to what’s available in the developing world so they can discover bugs that arise from weak connectivity.

Internet.org is a partnership between Facebook and six telecom industry giants to connect the remaining 5 billion Earth citizens to the Internet. Through whitepapers and keynotes, Mark Zuckerberg has described how Facebook plans to use drones, satellites, lasers, data compression, and more to make the web affordable for everyone. Much of these plans are years away from fruition, though.

Then Internet.org announced the Innovation Lab at Mobile World Congress in February and today launched its maiden public trial. Soon,  it will have a full-time home at Facebook’s headquarters in Menlo Park where outside developers can sign up for testing time. 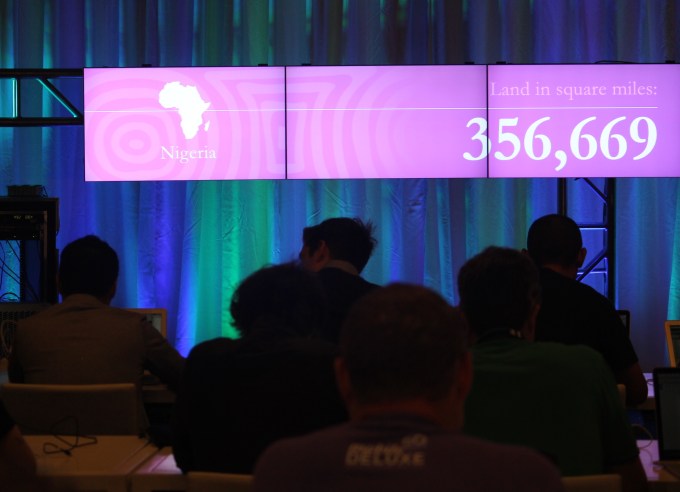 Either today or at the real lab, developers can load their apps onto phones running a special Ericsson-powered Innovation Lab SIM card. They can then stress test their apps under a variety of network connectivity scenarios, like extremely slow data transfers or connections that go in and out. Often times developers find their apps break when they don’t have a stable LTE connection.

That’s what happened to several tech giants when they tested their apps at an Internet.org Innovation Lab hackathon at Ericsson’s Bay Area headquarters in January. A Facebook spokesperson told me Twitter, eBay, Yahoo, and Spotify all saw their apps break when on a simulated developing world network.

Thankfully, Internet.org isn’t just trying to embarrass developers. The Innovation Lab, here at f8 and at 1 Hacker Way, is staffed by Facebook and Ericsson engineers that can help devs fix their broken apps.

Connectivity initiatives like Internet.org and Google’s Project Loon are bringing more of the world online. That means developers can’t afford to merely test their apps at home. If the Innovation Lab succeeds, it could make building a globe-ready app require a lot fewer plane tickets.