In a script that could have come out of “The Devil Wears Prada”, German tech site Curved.de has come up with an interesting thought: What would Google Glass look like if it had been designed by Prada? Trust those Europeans to think such a thought.

Curved thinks “Google Glass is unquestionably the queen of wearables – but the spacey design makes it equally the Holy Grail of nerds.” Indeed it does!

Curved decided to come up with a few ideas of their own. The result was based on an actual Prada design, the “Absolutely Ornate”. 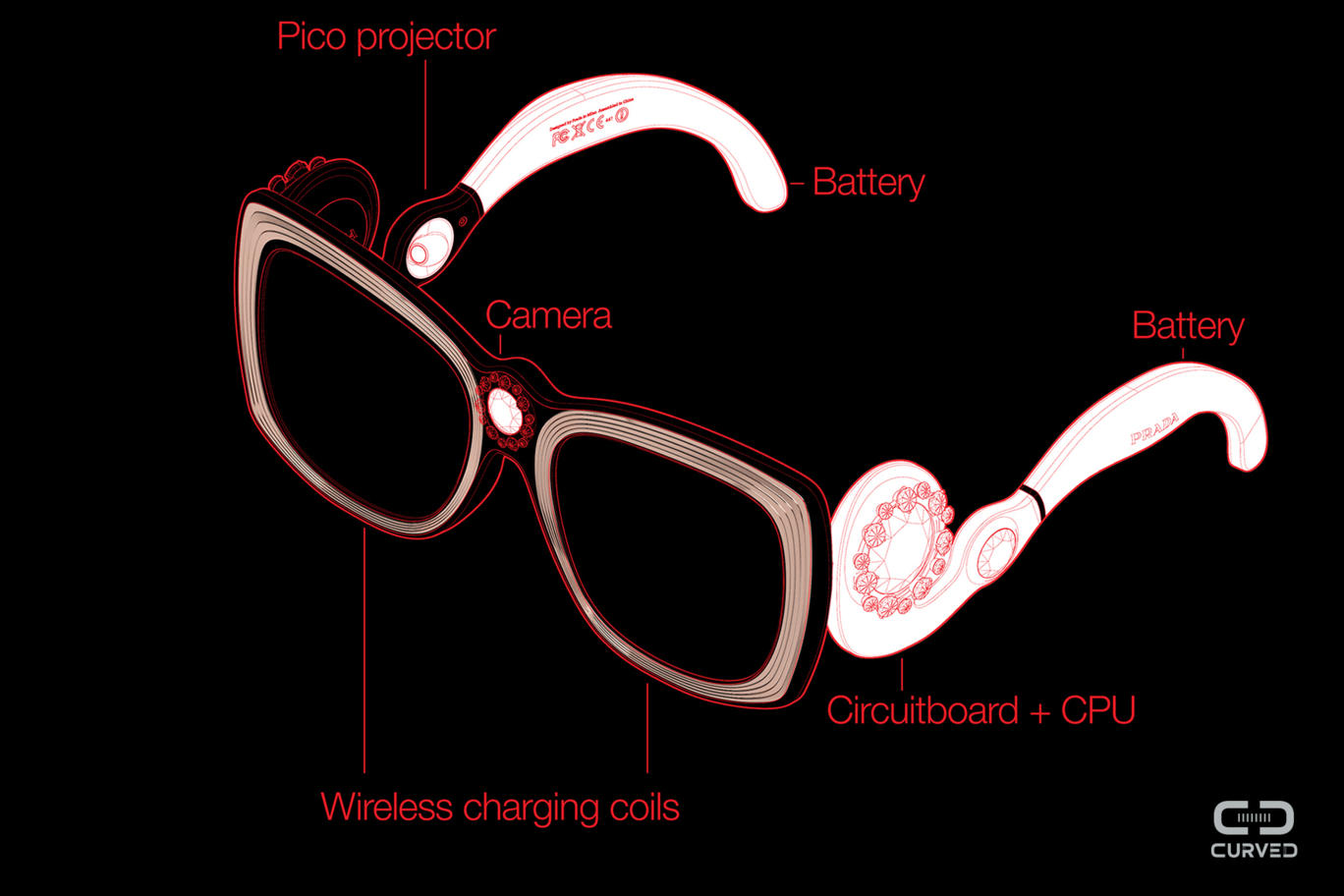 However, they think they’ve made some improvements:

• Wireless charging through the glasses case
• A more symmetrical design with a camera in the middle of the glasses
• Batteries are integrated into both temples, not just one side
• A Pico projector used as the display screen
• A ‘Lattice design’ for the menu

Personally I could totally see myself wearing these around town…