Telerik, the company behind the popular Kendo UI library,  announced this week that it is open sourcing the vast majority of Kendo UI’s tools and JavaScript framework features. This new Kendo UI Core package is licensed under the Apache 2.0 license, which allows developers to use it for both commercial and non-commercial projects.

The company is still keeping some of the most-often used Kendo UI features under its commercial license, including its grid, editor and stock charts graphing tools, for example. In total, Kendo UI Core will include about 75 percent of the Kendo UI features. 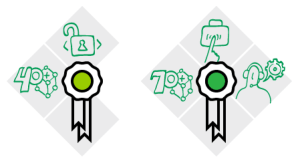 The Core tools do, however, feature 38 UI widgets, including all of Kendo UI Mobile for creating hybrid mobile apps, as well as all of the core framework features for templates, data binding and input verification. They include widgets for color pickers, autocomplete, calendars and others. The library is also tightly integrated with Bootstrap, and the UI widgets are ready for use with many popular libraries, including AngularJS.

As Telerik’s Director of Product Management for Kendo UI Brandon Satrom told me, the team decided to hold back some of the tools that are mostly being used by enterprises. These also consume most of the company’s engineering efforts.

“What we are trying to do here is to give back,” he told me. “We recognize that as HTML5 becomes more pervasive, we want to give developers a world-class set of tools.” He also stressed that while some companies open source projects when they are reaching their end of life, this isn’t the case here at all.

Going forward, the Kendo UI team will also take contributions from the community, and it has already set up a GitHub repository for taking suggestions and filing bugs.

Satrom told me that the company had explored this move for a while. It already offered some Kendo web UI features under a very restrictive GPL license. The team decided that in order to push this initiative forward, however, it had to open up a wider range of tools under a more permissive license.