Versus IO, a consumer electronics product comparison engine startup based out of Berlin that’s attracted backing from Dave McClure’s 500 Startups (among others), has launched its first app as it seeks to continue growing its user-base.

Versus is going Android first, launching the app today in beta form. Users wanting to participate in the beta have to join this Google+ group and can then download the app — in line with Google Play’s beta testing workflow for Android apps.

Versus applies natural-language processing technology to power its comparison engine, and claims it’s able to compare just about anything — although its initial focus has largely been on consumer electronics. Questions like ‘is this Android phone better than that iPhone?’ are an obvious consumer itch to scratch.

The startup told TechCrunch its comparison service is now drawing in 3.5 million monthly unique users, up from around three million in December.

Adding an app will obviously help service that mobile demand, and also encourage more on-the-fly usage as a shopping companion app when consumers are out and about.

To compare products within the app, the user types in the product name, hits ‘compare’ and then swipes left or right to view alternative options, scrolling down to view reasons for and against a purchase.

Live comparison categories on Versus currently include mobile phones, cameras, tablets, CPUs, headphones, graphics cards, headphones, and also cities (as seen by the graphic for Montreal below). 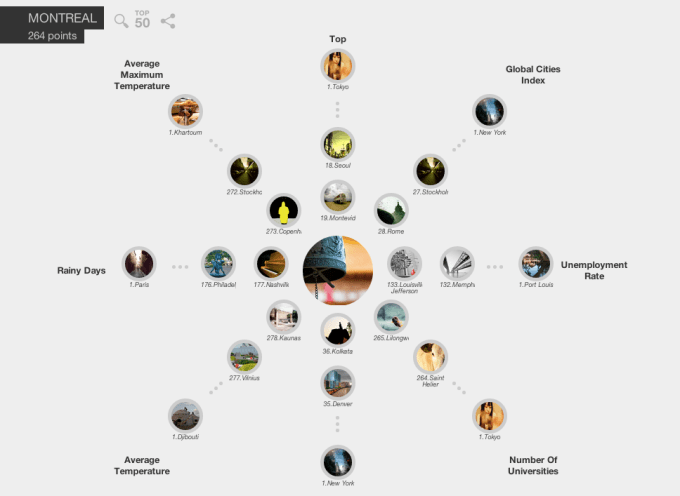