Chloe+Isabel follows in the footsteps of companies like Avon and Tupperware, but it’s among several that want to redefine the direct-selling business model with technology. Now Chloe+Isabel is taking its proprietary tech platform one step further with virtual trunk shows that allow sellers to connect with customers in different parts of the country at the same time using mobile devices.

The startup, which says it has grown 250 percent over the past year, was founded by CEO Chantel Waterbury in 2011 and is based in New York City. It has raised $18 million from investors, including General Catalyst Partners, First Round Capital, Forerunner Ventures, Floodgate, Ashton Kutcher, Ron Conway and Caterina Fake.

Waterbury said in an email that Chloe+Isabel’s sellers asked for an HTML5 platform instead of an app to host the virtual events because it would load more quickly, be easier to share through social media, and not take up space on their smartphones (though an app version is also coming soon).

Sellers can select the jewelry they want to present during the virtual trunk show on their mobile devices and then send an invitation with its start time. 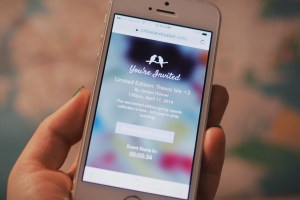 While the event is live, customers join in on their own mobiles and tablets. The platform uses HTML5 WebSockets to let shoppers simultaneously chat with one another, share wish lists and order jewelry. They can also invite friends to join the event through email, Facebook, Pinterest and Twitter, potentially increasing the event’s reach.

Socializing and being able to examine merchandise is an important part of traditional direct-selling buying parties. Chloe+Isabel, however, wanted to create a new shopping experience suited to its customers, many of whom are in their 20s and comfortable meeting people and purchasing fashion items on their smartphones or tablets.

“While in-person selling is important, social media is now such an integral part of how we communicate with one another,” said Waterbury in an email. “It’s crucial that the direct selling industry be updated for the present day, which means providing direct sellers with the online marketing support, technological innovation, and continuous education they need to be successful.”

Merchandisers can enhance the event by uploading photos showing how they or their customers style different items and using the chat function to interact with customers.

Chloe+Isabel’s sales model is targeted to women who want to start their own businesses. Many direct-sales vendors work part-time, so Chloe+Isabel looks at how much they can make per hour of time, explained Waterbury. The startup’s vendors currently make about $30 to $300 an hour. On the extreme high end, one seller recently made $1,000 in an hour.

“People come to Chloe+Isabel with goals that range from paying off school loans to paying rent. We help them create a plan to accomplish those goals with the time they want to spend. It can be five hours a week or 20 hours a week — it’s up to them,” said Waterbury.

Chloe+Isabel’s proprietary tech platform includes analytics, a dashboard, and communication tools. The startup launched with a mobile-responsive HTML5 site, and its sellers use its platform to manage marketing on different social networks. Waterbury says that other companies have asked to license its new virtual event tech, but it’s not a priority yet.

“When we first launched, we had to create all of our software from scratch as it just didn’t exist. While this was a different kind of challenge, what we quickly realized was that though Chloe + Isabel is a jewelry company, we had to be just as proficient as a technology company,” said Waterbury.