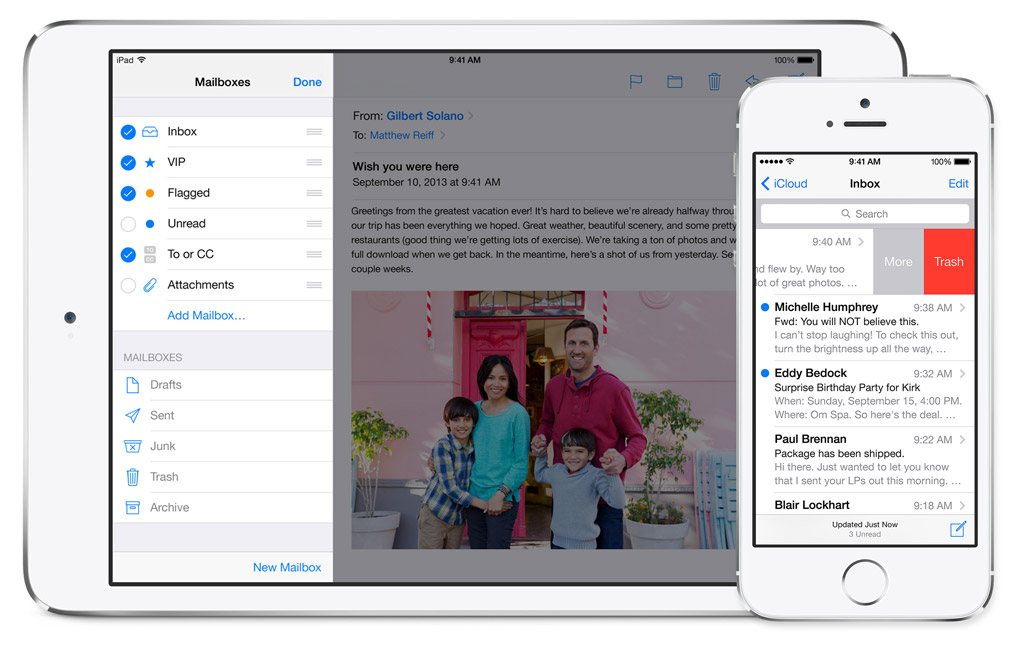 While Mozilla is recovering from the resignation of its co-founder and CEO Brendan Eich after the controversy over his support of Proposition 8, here is a bizarre twist to the PR knife: Mozilla’s CMO Pete Scanlon appears in photographs on Apple’s website promoting iOS 7 and the iPhone 5c.

Yes, the 5c, Apple’s less-expensive smartphone, part of its strategy to target new segments, such as emerging markets.

Yes, the same emerging markets that Mozilla is going after with its own mobile effort, Firefox OS.

After a tipster alerted us to the fact, we found pictures of Scanlon in two places on apple.com: a page describing the design of the iPhone 5c, and another page describing Smart Mailboxes in iOS 7. We have confirmed that this is him, down to the furrow in the brow, and the ring on the right hand. 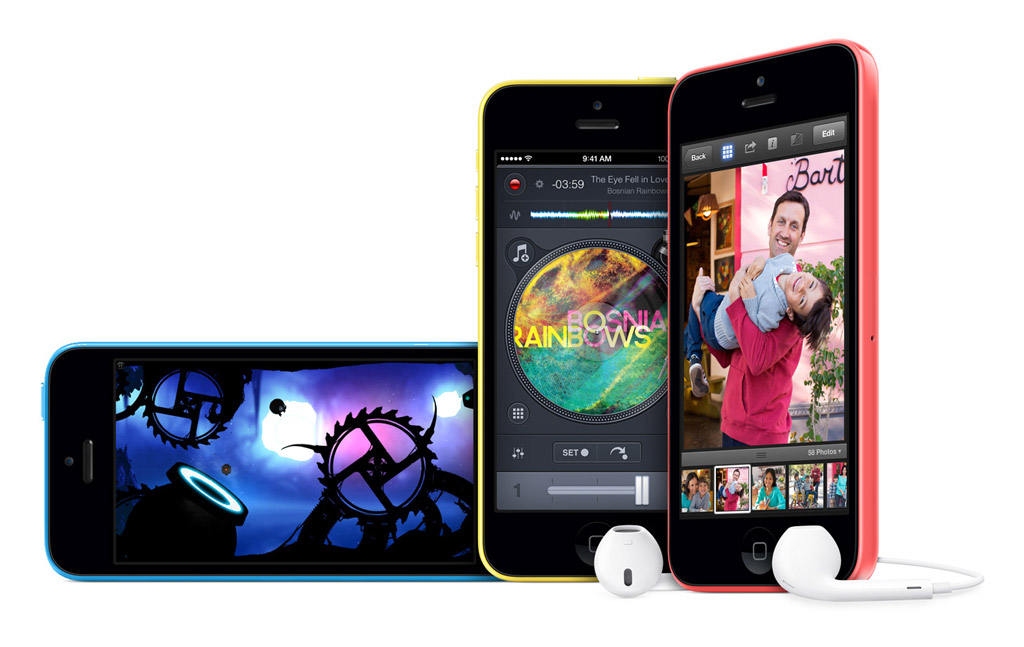 Our source tells us that the group shot in the mailbox image is actually of Scanlon’s own family. So we did a little looking around, using information publicly available online. It turns out that Scanlon’s wife is a freelance creative producer. (She’s worked for Firefox, among others.)  Scanlon’s wife has responded with the following correction. “Your source is incorrect. At no time have I had a contract with Apple, and the casting agency’s decision to use my family for the photoshoot had nothing to do with my work as a freelance creative producer.” (Thank you for the clarification, and we apologize for the error. Further response from Mozilla below.)

At its most uncharitable, you can put this down to Mozilla, yet again, being oblivious in matters of how to position itself in our ever-connected, always communicating world; and for not thinking very clearly about how people’s non-Mozilla activities can be very undermining to the bigger task at Mozilla itself. These are issues that Mozilla’s exec chairperson and other co-founder Mitchell Baker alluded to in her own note announcing Eich’s resignation.

On a more conciliatory note, you could also argue that Apple has already won certain markets, and what Mozilla is trying to do in mobile is tackle something completely different, so why bring this up? And besides, Scanlon helping out his partner is none of our damn business.

(We are reaching out to Scanlon, Apple and Mozilla for comment – update with Mozilla’s response below.) 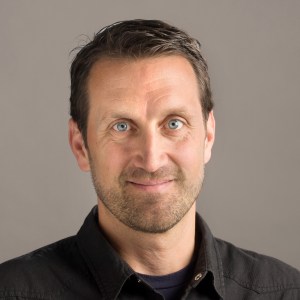 Scanlon has been with Mozilla since January 2012, first as a senior director of brand engagement, and then taking on the role of VP and acting chief marketing officer in March 2013.

In his time at Mozilla, Scanlon has been a public face for the company, speaking and writing about the company’s strategy in its desktop business and more recent foray into mobile.

Before coming to the Mozilla Foundation, he worked at the Google Creative Lab, where he’d been an account director as well as an interim MD.

Even without the people issues (and odd choices of CMOs deciding where they might casually appear to promote products from competitors), Mozilla’s had a lot of pressure on itself as a business.

The first challenge has to do with market share. Right now, depending on who you ask, Mozilla is either the number-two or number-three desktop browser. (WSJ notes that Net Applications puts it at number two with 18% of the market, with Chrome nipping at its heels with 17% and Microsoft’s Internet Explorer in the lead. StatCounter, meanwhile, puts it at number three with just under 21% of the market, with Google’s Chrome in the lead.)

But at the same time, the swift, global move to mobile devices and away from PCs has changed the goalposts. Perhaps accepting that mindshare and market share in the developed world been taken by Apple’s iPhone, hundreds of Google Android models, and Microsoft when it can get a look in, Mozilla has attempted to create a position for itself with Firefox OS, a smartphone platform designed specifically with low-cost devices in mind, targeting demographics where these others have made less headway.

It’s not clear how successful Firefox OS has been since launching in 2013. One early report pegged sales of 100,000 for ZTE Open, enough to get the OEM to commit to further models; and Telefonica noted that in its opening months of selling Firefox OS devices in Latin America, it was picking up 12% of sales in Venezuela, and 9% in Colombia.

In February of this year, Mozilla unveiled a raft of new partnerships as well as a reference design with Spreadtrum for what will be a $25 smartphone. Both are signs of how it continues to remain bullish in its strategy.

The second challenge is more of a general business direction, with questions over how the non-profit will ultimately handle advertising and other ways of generating revenue. As Eich pointed out in his own farewell announcement, the challenge is to “see if the ‘network problem’ has a solution that doesn’t require scaling up to hundreds of millions of users and winning their trust while somehow covering costs. That’s a rare, hard thing.”

Update. Mozilla has provided the following statement, noting the photos were for an anonymous client and were taken before he became the CMO. It runs counter to the claim from our tipster who said that it was his wife who put the family in place as the models after getting the commission.

“Pete Scanlon and his family took part in a lifestyle photo shoot prior to Mozilla asking him to step into the role of Acting Chief Marketing Officer in late March 2013.   The photos were taken while Pete was on personal time for a family vacation.  Neither Pete nor his family are professional models, but were approached by a casting company who represented an anonymous client. With the assurance that the photos would not be used to promote harmful products or substances, and with the understanding that none of the family members would be holding, using or endorsing a product of any kind, Pete and his family signed a release which, in line with industry practices, did not identify or limit the distribution of the images. Mozilla’s executive leadership was aware of Pete’s participation when the photos were first used in late 2013.  Mozilla does not restrict employees from participating in outside activities as long those activities don’t conflict with the employee’s responsibilities at Mozilla. Pete has not participated in any additional photo shoots since becoming Acting Chief Marketing Officer of Mozilla.”