Amazon’s annual shareholder letter from CEO Jeff Bezos is out today, and it includes a few juicy details on Amazon’s products, services and future plans, though not any hard data like how many dang Kindles Amazon has sold, of course. But some of the more interesting items on the report include updates on Amazon Fresh expansions (the company’s online grocery delivery service), Amazon’s “Pay to Quit” program which will pay unhappy warehouse workers to leave the company, and, oh yeah, they’re totally doing delivery by drone.

Totally, like that was not a PR stunt at all. Nope.

In case you missed it, “Prime Air” was introduced at the end of last year as an in-house experiment which had Amazon testing delivery of small packages by autonomous delivery vehicles (drones). Bezos referred to them as “octocopters” in a 60 Minutes interview during which the company showed off the technology. The drones can reportedly carry packages of up to 5 pounds for 10 miles, which could mean you could take delivery in 30 minutes or less. You know, like pizza.

Of course there are a few issues with those plans, including commercial regulations, the placement of Amazon warehouses outside of densely populated urban centers where drone delivery makes sense, and not to mention the fact that gun-toting Americans could easily make “free stuff from the sky” a fun, new national pastime.

But no matter, drones are definitely in the works, says Bezos today:

“The Prime Air team is already flight testing our 5th and 6th generation aerial vehicles, and we are in the design phase on generations 7 and 8.”

The company also revealed its “Pay to Quit” program, borrowed from its own Zappos division, which will pay Amazon’s warehouse workers up to $5,000 to quit their jobs. (Yes, just “fulfillment center” employees, mind you. Developers wanting seed money as they run off to build their own startups are out of luck.)

It was invented by the clever people at Zappos, and the Amazon fulfillment centers have been iterating on it. Pay to Quit is pretty simple. Once a year, we offer to pay our associates to quit.

The first year the offer is made, it’s for $2,000. Then it goes up one thousand dollars a year until it reaches $5,000. The headline on the offer is “Please Don’t Take This Offer.” We hope they don’t take the offer; we want them to stay. Why do we make this offer? The goal is to encourage folks to take a moment and think about what they really want. In the long-run, an employee staying somewhere they don’t want to be isn’t healthy for the employee or the company.

Usually people want an honest day’s wage in a safe work environment with reasonable goals and decent working conditions. Not, you know, this.

Oh, and workers also want to be paid for the half hour they’re required to wait in line to leave their workplace so they can be searched for stolen goods – a case that’s made its way to the Supreme Court, in fact.

Amazon also offered a little tidbit regarding its grocery delivery service, Amazon Fresh, which is now available in Seattle, L.A. and San Francisco. Bezos confirmed the service is expanding to new markets, as has been previously reported, but was vague on the details:

We’ll continue our methodical approach – measuring and refining Amazon Fresh – with the goal of bringing this incredible service to more cities over time. 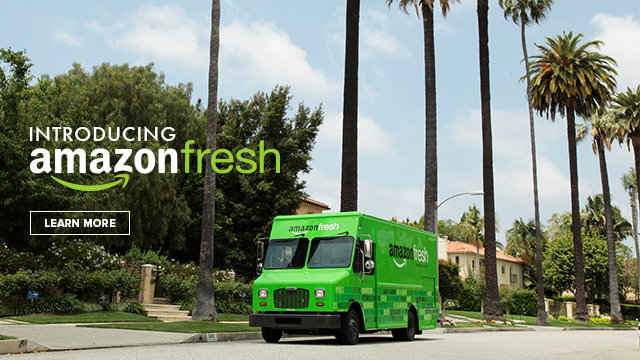 Everything Else You Already Knew

As for the other highlights, much of it is a rehashing of things Amazon watchers have already heard, but it’s handy to have it all spelled out in one place.

A few of the notable stats and details: