The original Samsung Galaxy Gear smartwatch was anything but user-serviceable. Nothing was replaceable including the band. Its successor is apparently widely different.

iFixit tore apart the Gear 2 and found it to be surprisingly easy despite featuring a water-resistant casing. Just screws and clips hold the back casing on. Once inside, iFixit notes that it’s a trivial task to replace the battery or band.

As smartwatches evolve, they will have to start replicating their dumb watch counterparts. Consumers expect watches to act like watches and that includes being able to replace certain parts like the battery and band. The original Gear gets a pass for being a first generation product, but now that Samsung is in full watch-making mode, most models from here on out should be as serviceable as the Gear 2. 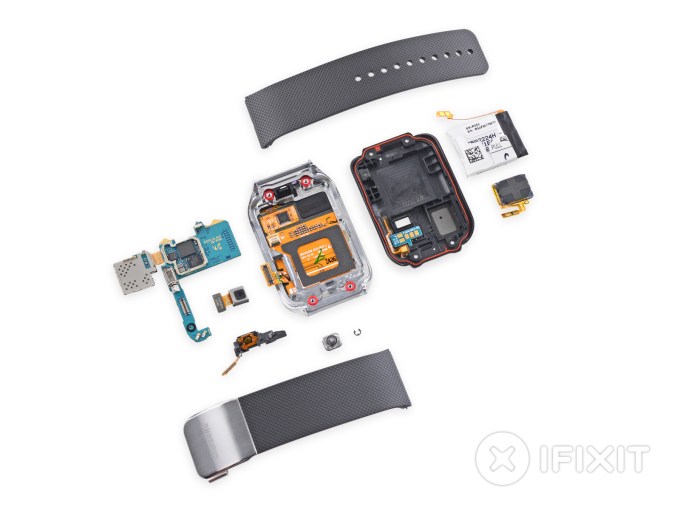