Be careful of Impala, the helpful, AI-powered photo-sorting app which has just landed on Android. You might not like what it reveals about your life after it’s sifted through your personal photo stack and pigeon-holed your phone snaps into respective buckets — with labels like ‘Cats’, ‘Indoor’, ‘Women’ and ‘Party Life’.

The respective ratio of ‘Cats’ vs ‘Party Life’ on my phone is, let’s just say, pretty one-sided.

Impala launched on iOS back in November. The company behind the app, Euvision Technologies, was spun out from the University of Amsterdam where its founder and CEO, Harro Stokman, earned his PhD in computer vision. 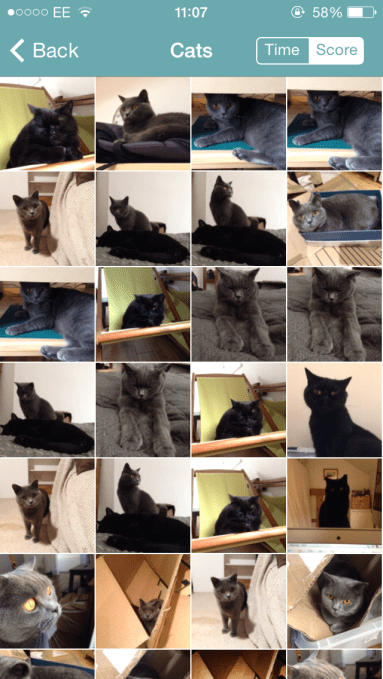 If you have a lot of photos on your phone to sort, the app’s algorithm will take a while to sift through them all to determine what it’s looking at. For example, I had more than 2,000 photos on my iPhone and it took more than 20 minutes to wade through all the cat shots and categorise them into the equivalent of ‘definitely cats’ or ‘possibly cats’.

It’s by no means perfect. Each automatically generated category includes a sub-section entitled ‘less sure’ for shots that straddle the algorithm’s own logic buckets. A shot of trees against an evening sky in which the collective silhouette of the trees resembles the shape of a mountain got pigeon-holed into a ‘Mountains’ album, for instance.

But for an algorithmic eye it’s really not bad. The ‘Text’ category it pulled out of my phone is pretty faultless, handily gathering up all the app screengrabs, emails, receipts and other word-related photos that are mixed in with the shots I take for aesthetic, rather than utilitarian, reasons.

Point is, a smartphone camera is a multi-functional tool these days, being ever on hand to assist, so an app that automatically sifts and categorises photo-output is a smart addition to your digital arsenal.

The Impala Android app includes a filter function to automatically apply filters to shots, based on the categories into which photos have been sorted.

“The app offers three filters: One for persons, one for architecture, and one for food. The filters applied depends on the photo category. More filters may become available as in-app purchases in future,” said Stokman.

There’s also a shoot function inside the app which labels whatever you point the camera at with the algorithm’s best guess in real-time — examples might include #food, #hands or #person. 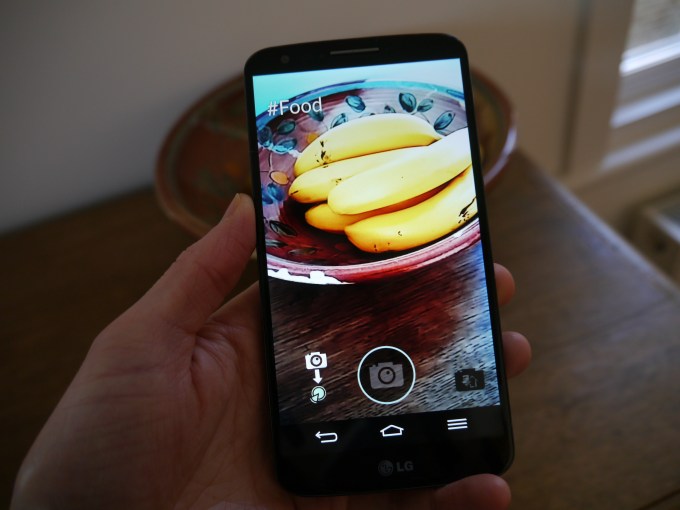 While the Impala apps are free, Euvision licenses its technology to a range of third-party clients such as social network sites doing photo moderation. The Netherlands police department is another client, using its software for tracking down child abuse photos.

The mobile version of Impala is a stripped down, lighter weight version of the software it has commercialised. The apps also function locally on the device — with no photo data leaving the user’s handset to safeguard privacy.

You can download Impala for Android from the Google Play Store here. The iOS app has had 90K downloads to-date, according to Stokman, the “large majority” coming from Japan. 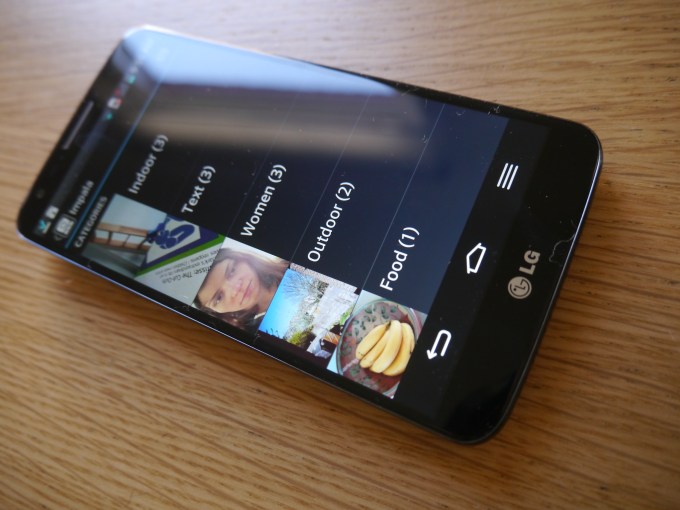