MediaFire, the popular online file storage and image hosting site, today announced that its desktop apps for Windows and OS X are now out of beta. The integration looks similar to what Dropbox, Google Drive and OneDrive do in that they seamlessly integrate themselves into the operating system’s file managers and save dialogs.

Using the desktop apps, MediaFire allows desktop uses to quickly upload their images and instantly share them with others. As part of this update, the service now allows users to follow files and track new files shared by users automatically. It also essentially lifted its file upload restrictions and both free and paid users can now upload files up to 20 gigabytes in size. It’s also launching 1 terabyte storage plans. For a limited time, those will cost $2.50 per month or $24.99 per year. That’s significantly cheaper than Google’s new plans for Drive, but the functionality of MediaFire is obviously also far more limited that of Drive. If you’re just looking for online storage, though, this may be worth a closer look.

For developers, the company is announcing a set of new APIs that will help them integrate the service with their own applications. 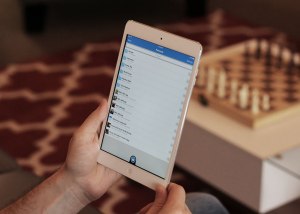 In the next few weeks, MediaFire will also launch new native apps for iPad and Android. The company isn’t releasing all that much information about these apps yet, but they will include automatic photo syncing from Android devices.

All of this clearly amounts to an attempt by MediaFire to position itself as a more fully-featured online storage service. In general, the service doesn’t quite get the attention that some of its competitors get, but it does have a very large user base. With all of the larger players now making a very aggressive push to compete with Dropbox and similar services, it makes sense for MediaFire to also try to gain a bit more mind share as well.