A clever modular framing system called Fotobit is nearing its Kickstarter goal of $16,000 for its packages of photo frames designed especially for showcasing your Instagram photos in creative ways. These small frames can be clipped together in a variety of combinations, offering photo enthusiasts a way to spread their own custom photo mosaics across the walls.

Each Fotobit frame itself is a 4.25″ x 4.25″ plastic square which displays 4″ x 4″ photos. This is optimized for Instagram prints, though it can also support trimmed down 4″ x 6″ traditional prints, too.

Project backers on Kickstarter receive either a mini 3-pack of frames, or a larger 6-pack of frames, which will come in either white or black. Each frame also includes a photo pressure plate, matte, clear acrylic window, and frame face, and the packs include nails, frame clips, a bubble level, optional white matting and double-stick foam pads. 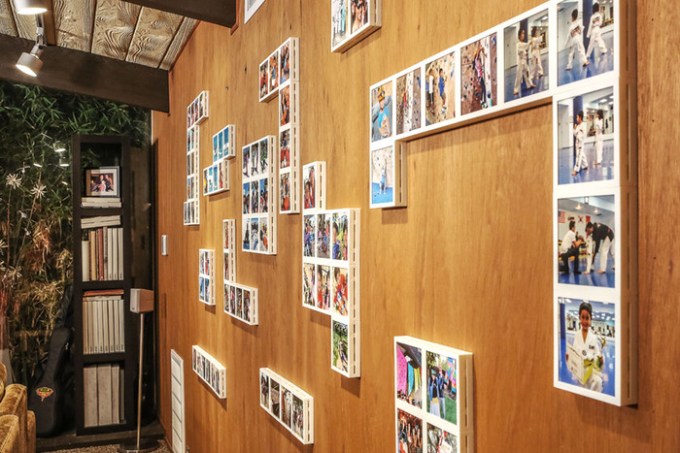 The idea is that you can actually clip each frame onto the next one, which lets you create nearly unlimited shapes and patterns, as seen in the photos above and below.

The project was dreamed up by Alan Yeung, an SVP at the product design, branding and marketing agency CRISP^YHKG, which typically does client work. With Fotobit, however, the team worked together over the past year, running through half a dozen rounds of prototyping before settling on the final design showcased on Kickstarter today. The firm decided to go the crowdfunding route in order to meet the production minimums, we’re told, though of course being on the popular crowdfunding site also gives the project some pre-launch exposure.

Today, Kickstarter backers can get discounted prices depending on their pledge size, but the company’s expected retail pricing is $45 for the 3-pack, $79 for the 6-pack and $99 for the 9-pack. Having received a product myself to play around with, I think these prices will need to come down quite a bit in order for Fotobit to be successful, though. 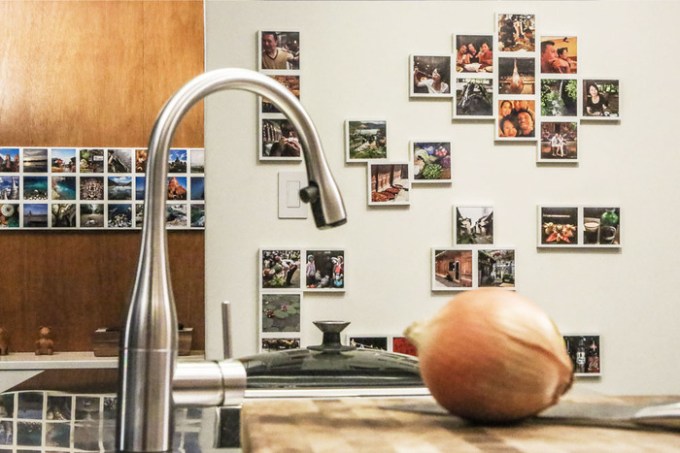 While the design is definitively innovative, the frames themselves are plastic-y, which tends to feel cheap. And if the idea is to order these frames in mass quantities to make big mosaics all over your walls, the cost becomes almost prohibitively expensive for that purpose. Plus, the same general effect can be achieved with traditional frames hung using a hammer and nail and placed side by side or in whatever pattern you choose.

In other words, Fotobit’s clipping trick would be worth the investment if you could order these frames in larger packs for more reasonable – or even lower – prices, when compared with buying a bunch of similar, small frames from a discount retailer or home goods store, like Walmart, Target or IKEA for example. But Fotobit says its pricing is not finalized, so there’s still hope that it could come down.

One thing that helps with the sticker shock, however, is new partner Printstagram, who has come on board to support Fotobit by providing complimentary prints alongside the frame orders.

You can check out the project here on Kickstarter.