AOL’s ongoing push to turn its business around and focus on more ad-tech fuelled media plays continues apace: today the company (which owns TechCrunch) appointed a new CTO, William Pence, who it’s hired away from WebMD, where he was also CTO as well as EVP. He will be replacing Curtis Brown, who will stay on “for a number of months” for the transition, according to an internal memo from AOL’s CEO Tim Armstrong.

Pence “will lead all aspects of AOL’s global technology strategy and will report directly to me,” Armstrong notes. He will be based in New York City. 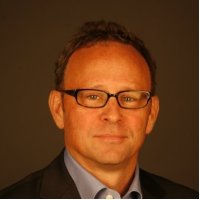 Pence has an interesting track record that will hopefully rub off a bit on his new employer.

At WebMD he had a big role to play in terms of adding new mobile products — something that is a priority for all media companies today, and arguably is one that AOL has not always executed very well (some interesting ideas and talented people but ultimately no blockbuster products).

Prior to his role at WebMD, Pence worked at Napster and IBM, giving him experience not just at a disruptive digital entertainment company but a very large IT leviathan.

The news comes in the wake of a number of other personnel moves and larger strategic developments at the company. In March, AOL launched a new, integrated programmatic platform called ONE to court advertisers who wanted to have more control over how they are booking ads across AOL’s and its partner’s properties. But it has also been rebalancing its staff to meet its new priorities. It’s recently laid off some employees, but has also been hiring in new roles, such as creating a new “head of relationship management,” Kim Kadlec.

Brown had been with AOL since 2010 and was permanent CTO since May 2012, having held the role on an interim basis before that.

The internal memo sent out by Armstrong is below:

As we continue to transform AOL from growing to becoming a growth company, we will be investing in talent, platform development, and technology – as we build our brands and our partners’ brands. AOL is a leader in some of the most important areas for the future of the connected world and the progress happening at the company was great to see at last week’s quarterly business reviews.

Today we have another exciting announcement in the appointment of William Pence as our Global Chief Technology Officer. Bill is an accomplished leader in the digital technology industry with over 25 years of experience in the consumer and b2b technology space. Bill will lead all aspects of AOL’s global technology strategy and will report directly to me. He will be located at our 770 office.

Bill joins us from WebMD, where he served as Executive Vice President and Chief Technology Officer and led many cross-company initiatives to drive innovative new products, improve operational efficiencies and create world-class user experiences for consumers and advertising partners. He was also instrumental in the mobile product efforts across WebMD’s properties as well as the company’s global expansion. Bill, an innovator in the space has also worked at Napster and IBM (creating the IBM Internet Group) and has driven improvement in products, cross screen platforms and operational processes at a global level. He received a Bachelor of Science in Physics from the University of Virginia, and a Ph.D. in Electrical Engineering from Cornell University.

I want to personally thank Curtis Brown for his leadership and the significant advancements in building AOL’s tech operation. Curtis and team have made invaluable progress with enterprise services, data engineering and warehousing, and ongoing tech management across the business segments. Curtis has done an outstanding job for AOL during his tenure and will be staying at the company for a number of months, working with us as we continue to transform the company.