I consider myself a fan of games, but once in a while, a game comes along for which I feel something far beyond fandom; Superbrothers: Sword & Sworcery EP is one of those, and now Monument Valley, a game out today by UK-based development studio ustwo and in many ways, a spiritual bedfellow to Superbrothers, is another.

Don’t get me wrong, Monument Valley definitely stands on its own apart from any other previous title; but it has a similar ethereal, fantasy feel and abstract storytelling, plus a rich but spare visual look and haunting soundtrack that sticks with you despite the mostly casual nature of the gameplay. Monument Valley, however, also relies far more heavily on puzzle play, and therein lies its real lasting charm.

The puzzles in Monument Valley are intrinsically tied to the isomorphic 3D art style – environments rotate and set pieces slide in and out to shift not only the field of play, but also the player’s entire sense of perception. Up can become down, background foreground, hurdles on one side can turn into helpful tools on another. It’s a little like Fez, but a lot like nothing else before it. 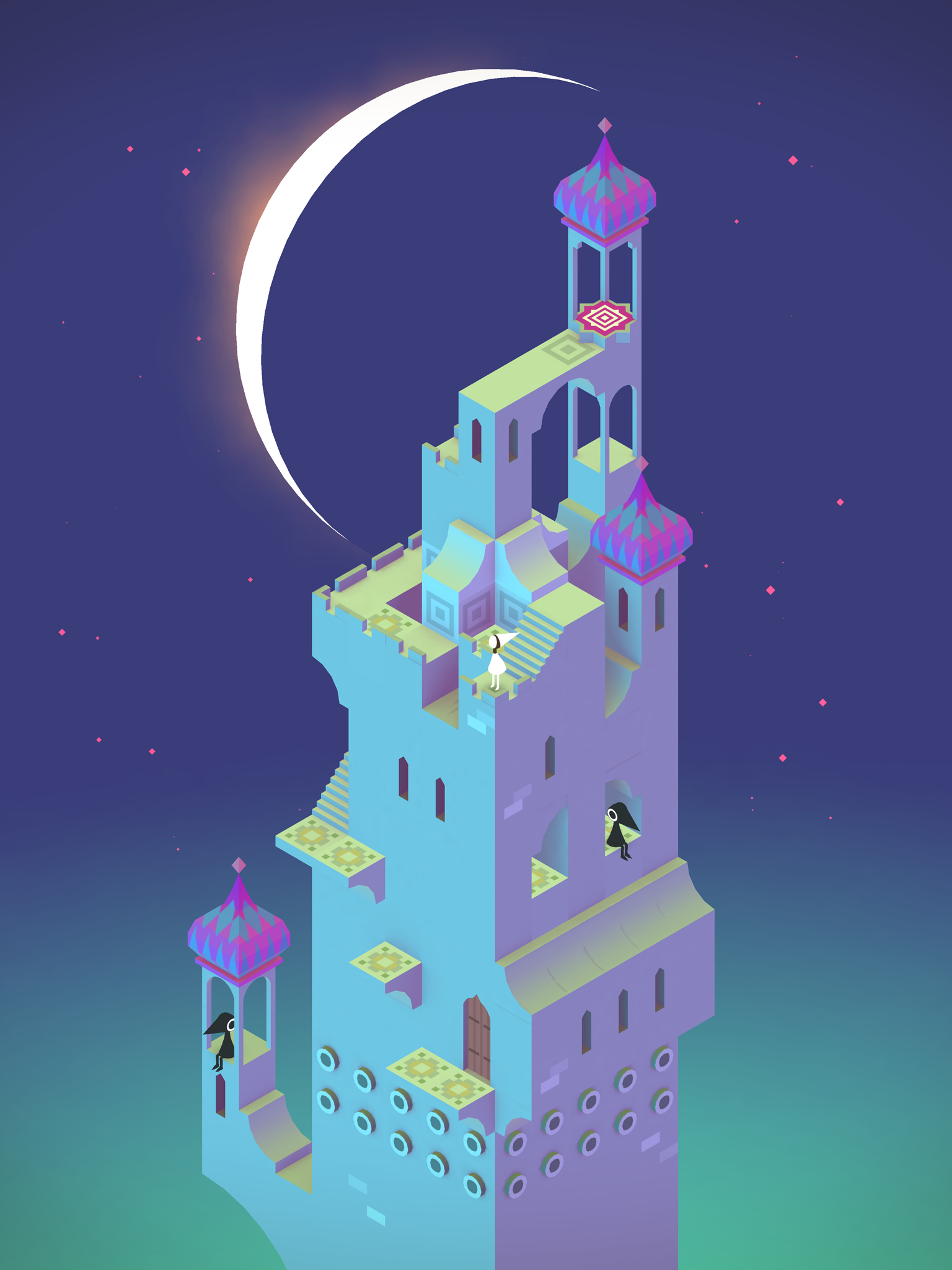 Monument Valley is one of those games that you never want to end, and so far, I haven’t been able to play through the entire thing. But it’s also a feast for the eyes, and a game where you can see the level of care taken in creating each individual part of the whole. It’s beautiful in the extreme, and a testament to a time when games were something contained and crafted as a top-to-bottom experience, and not a rough framework to fuel continued commerce through in-app purchases.

If you have an iPhone or an iPad, you must play this game; paying just $3.99 for a universal app that works on both feels like theft given the quality of the experience so far, and I’m just a few levels in.