At its Build developer conference in San Francisco, Microsoft today announced the launch of the .NET Foundation. This new independent foundation around the .NET framework, which forms the core of Microsoft’s developer ecosystem, will form the umbrella for all of the parts of .NET Microsoft has already open sourced and will release under an open source license (most likely Apache 2.0) in the future.

As Microsoft’s corporate vice president of the Developer Division Soma Somasegar told me, the foundation is meant as a “way for us to say that any and all parts of .NET we want to open-source will be done under the .NET Foundation umbrella.” The idea here, Somasegar said, is similar to something like the Apache and Eclipse foundations, which were also built around a specific technology or stack.

With this, the .NET team will also start taking contributions back from the community. While the source code for parts of the .NET project were already available, Microsoft wasn’t really involving the community and other open-source .NET projects yet. 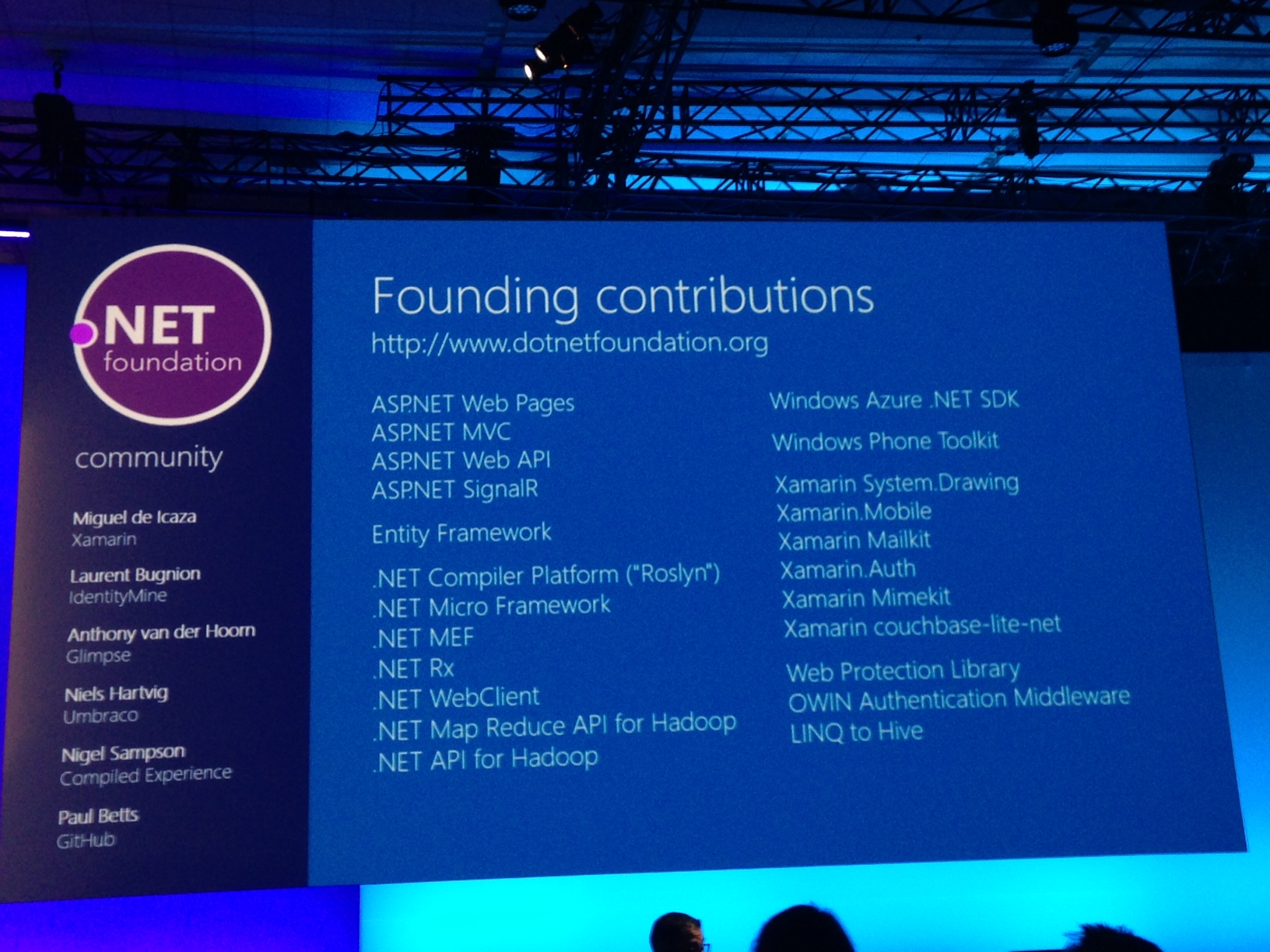 As Somasegar stressed, the .NET community is very large and according to Microsoft’s count, there are over 1.8 billion active .NET installs today, making it the most popular app framework available today. The new foundation, he believes, will only strengthen this ecosystem. “We want it to be open, so our customers can see the vibrant community,” he told me.

Microsoft hopes that openness will encourage its customers, partners and the broader developer community to participate in more .NET-related open source projects. The Foundation also expects this move will foster more innovation in the .NET space by encouraging developers to build solutions that leverage the platform and extend it to other platforms as well.

The Foundation will have a three-people board for now. Those will include a representative from MS Open Tech, Microsoft’s wholly owned subsidiary that focuses on bridging the divide between Microsoft and the open-source community, a member of the .NET team and Xamerin’s Miguel de Icaza.