Sure, you know what food you’re eating, but you don’t necessarily know what’s in that food you put inside you. SITU is a food scale that doesn’t just measure weight – it offers up information about the nutritional value of the stuff you’re weighing, too. The Bluetooth-enabled scale talks to your iPad, listing any and all stuff you weigh as you go, with an extensive database of foods and ways to save favorites to make it easy to tally up the stuff you eat most often.

It’s not magical; SITU creator Michael Grothaus (who, disclosure, also writes for Aol-owned TUAW) explains in a demo video how you have to enter the type of food you’re measuring so that the scale knows how to count, meaning it won’t identify your food for you, but once you get set up and teach it more about your routine, you’ll find it’s pretty easy to keep track of your caloric intake on a daily basis. Grothaus says his invention has helped him lose and keep off 60 lbs so far, so that’s a fairly strong endorsement that using it to keep count can produce real-world results.

The scale isn’t without peers, either; a smart scale from The Orange Chef (renamed from Chef Sleeve after pivoting to new products) ran its own Kickstarter campaign to fund the creation of a very similar Bluetooth scale device last May. The Prep Pad, as it’s called, is available now, and the Orange Chef has a distribution deal in place with Williams-Sonoma, too. Like the SITU, it works with a companion app, providing a visual readout of the nutritional information you use it to weigh and keeping a detailed history for your personal use. 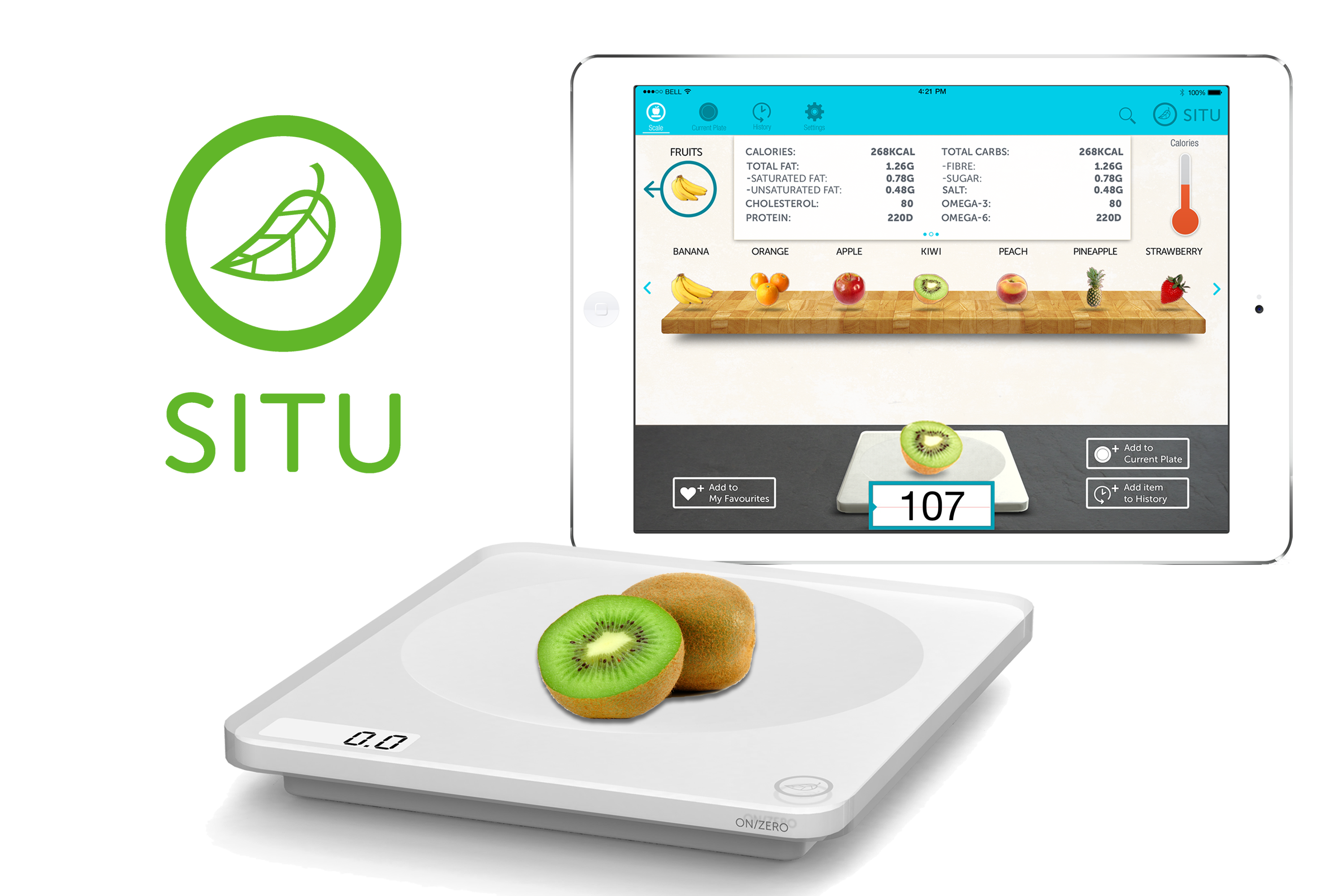 The SITU is available to backers at a starting price of £70, which is around $120 US, while the Prep Pad retails for $150. The SITU has a concave bowl design on top to better hold food and a built-in display so you don’t have to use the companion app every time if you just want basic info; the Prep Pad has a recycled material surface and is made in the U.S. Both products offer slightly different takes on a concept that’s likely to get even more popular in the future, so take a look and see which you prefer. If successful, the first units of SITU will ship around November this year, and the app will launch in beta along with the first round of hardware.